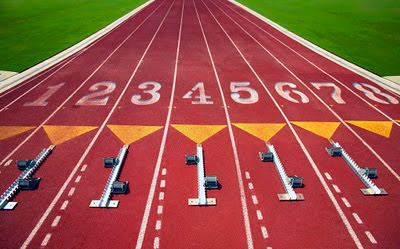 "Have you tried turning it off and on again?" the ultimate answer in fixing all problems, technology-related or not, courtesy of the I.T. Crowd.

So I must have at least 7 unpublished drafts of blog posts in the last two or so months, where I begin writing something, don't quite finish it, and when I come back to it the next day(s), I'm just not inspired any more. Or maybe I'm afraid that what I want to write isn't suitable for others to read. Come to think of it, feels sort of like a metaphor for my life the last few months.

I've been rather enjoying working again. I do actually like my job, interacting with patients, having cool co-workers I get along with, and it's definitely nice getting a regular paycheck with benefits too. Come to think of it, with the 6-month anniversary of the car crash, tomorrow would be the 6-month anniversary of my first day at work. (I remember because it was 7-11 day and I blogged about it.)

No doubt my life has become so much different than a year ago. The last time I went swimming was on November 16th. This doesn't bother me. I'm probably 10lbs heavier than my regular Ironman racing weight (not to be confused with the anorexic racing weight I once achieved--another 10lbs less), but I'm not freaking out about it. I don't even feel fat, because I know I'm not, which is a really nice breakthrough after being haunted by the feeling of never being skinny enough throughout my pro triathlon career.

My knee was feeling much better over the weekend when I called my mother, who immediately wondered if this meant I was thinking about triathlons again. I could honestly answer her, "Not really." At this point, I'm pretty happy not having triathlon in my life. I've unsubscribed from a lot of triathlon blogs and removed myself from that world. There had been a few forums with "Wongstar retirement" threads and strangers talking about me, both good and obnoxious, that I had intended to chime in on, but I never did find the time or energy to come up with anything thanking the nice people and giving the mean ones the middle finger. Sometimes it's just best to walk away and disappear.

Although I don't understand why there are still at least a couple of my Twitter followers who insist on putting my blog posts as part of their Twitter "triathlon newsletters". I am so un-triathlon right now. But I appreciate the shout-outs. I think.

I'm amazed at how much more free time I have when I'm not trying to squeeze triathlon training into every last second of my crammed life. I'm not tired and stressed out all the time, and I have more energy at work. I'm able to better tolerate the more irritating patients, and be extra nice to the ones who are already a pleasure to work with. I'm not overwhelmed at the prospect of getting groceries or making dinner.

It's been nice to put training on the back burner as I really begin to adjust to life as a "normal person", and although I've been taking racewalking lessons and doing some kangaroo pull-ups, I really haven't had a regular training routine since early October--3 months ago. If I wanted to stay up late and sleep in, I did. It got dark, and if I didn't want to do a training session after work, I didn't. (Although I did do some night time walks checking out the Christmas lights in the neighborhood.)

I just gave my body and mind some time to heal up, and didn't write down every single detail of every thing I did in a training log, nor did I have to put big X's through the days I didn't do anything. But like the former Coach Beck had foreseen, being lazy gets old. I do miss the feeling of getting up early every morning and breaking a sweat before strolling into the office (and not because I'm running late to work!).

My YMCA membership expired somewhere in those last few months, and I didn't notice when because I had stopped swimming every day. I didn't bother renewing it, because I had only paid $15/month when I qualified for having "economic hardship." After Christmas, a local gym in downtown Newark, Fusion Fitness Center, sponsored me (being the Wongstar, albeit retired from triathlon, apparently still has its perks) and I went in two mornings in a row, yesterday and today! So proud of myself. :)

Which reminds me, I need to update this website. In just 3 months, everything is completely outdated. Anyway, I'm putting together a weekly training program together and logging my workouts again. But I'm being reasonable about it. I don't expect myself to exercise more than an hour on the mornings I have to go to work, and am leaving my evenings free (for housework, dinner, happy hour!, or just decompressing by doing nothing). This will probably change when the Christmas puppy comes home, but we can decompress with puppy playtime!

Even on the blogging front, I'm kind of going back to my roots and just writing the way I used to back when I started blogging in college. Not as a "look at me! look at me!" method of self-promotion and shameless marketing that is necessary as a pro triathlete, but just somewhere I'm allowed to write whatever I want, at whatever frequency I feel like. It used to be a place I could get my thoughts down in public (yet sort of anonymously) to help me sort through the jibber-jabber of life. I don't know when it became a place where I was sometimes afraid to hit "PUBLISH" and worried too much about what other people would think. But I'm taking it back.

So here we go again. A few false starts and rocky moments, but at least if I'm stumbling, it's in the right direction.
Posted by Jocelyn Wong Neill at 9:50 PM