SO. Thank you... for all the comments, tweets, texts, FB messages, since my last post, which was again, way too long ago. I haven't responded to everyone individually (that's how much LOVE I got!) but I do love each and all of you! I guess you hardcore Wongstar fans and friends are still out there, wondering how I'm doing. And I'm doing pretty good. 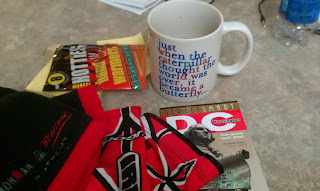 Just getting used to the latest installment of life, as I know it. I keep feeling like I have to (or want to?) go back and blog about all the cool things that have happened since I last really blogged in October... here's my attempt at a brief synopsis:

Essentially, there was November, December, January, and now it's the end of February. This entailed going home for Thanksgiving and my 31st birthday (ice cream cake!!!), many happy times with my old coworkers during my last weeks of working there (capped off by our epic holiday party in Philly during which I re-enacted scenes from the movie Elf), having my first white Christmas with the bestie "Angry Amy" in upstate NY (we made miniature snowmen, and a cake), moving to the nation's capital, starting my awesome new job at Walter Reed, going to inauguration, and learning my way around. 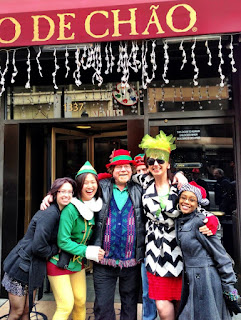 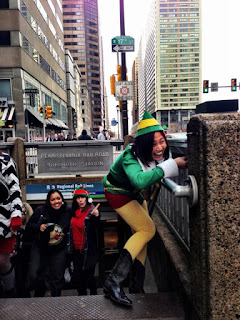 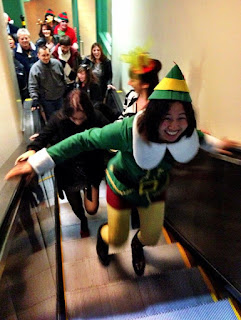 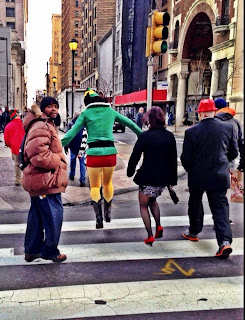 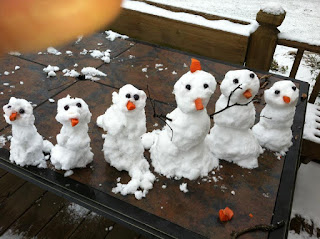 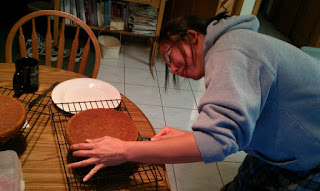 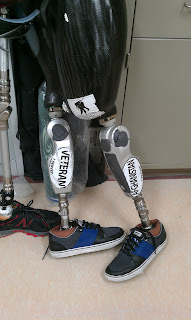 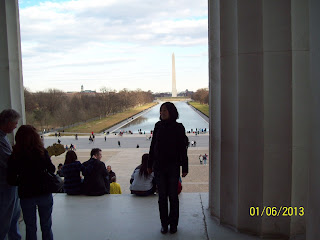 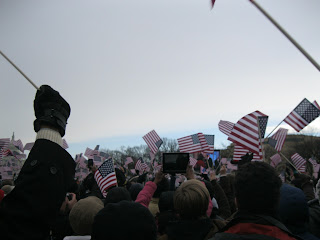 Along the way, swimming, biking, and running came to a complete standstill, until I finally got moved into my new digs and started to get settled in and used to my new work schedule. Then I ramped up my running mileage like nobody's business (kids, don't try this at home), going from a 10-mile long run to a 27-mile long run in the span of a month. Because OMFG, there is this ridiculous ultramarathon I signed up for that is in...LESS THAN TWO WEEKS from today!

Needless to say, I need to stop thinking I'm so invincible (but if I didn't think that way, I wouldn't be me, would I?). Various parts of my body are reminding me why I went from a pure runner in high school/very early college to a triathlete--running lots puts lots o' impact on the body. Duh.

My desire to bike or swim at the moment is pretty nil. Well, to swim is definitely nil, but I've been known to put White Tiger on the trainer a few times for an easy spin while catching up on some TV shows. Active recovery in between running. I am also investigating getting a kinda junky commuter bike, as I'm planning to experiment with living car-less (I barely drive at all during the week) and White Tiger is way too pretty for that kind of biking. I walk at least 5km each day during the work week, as I walk-commute to work (about 30mins each way, same as driving and parking at the 8th or 9th floor of a parking garage and then walking from the parking garage to my building).

So that's all to say that I'm not sure I will do any triathlons this year. Maybe I'll take a real break from tris, not just a "I'm retiring... just kidding, I'm gonna race triathlons without training much and do shitty but say it's just for fun" kind of break. More thoughts on that later. This is also the year that I'm getting out of credit card debt (goal date is Labor Day in September), and triathlons are quite expensive and probably the #1 contributor to said debt. 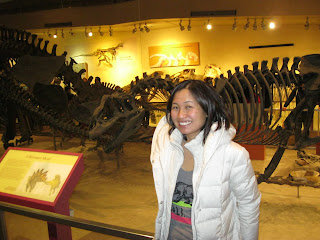 Anyway. I keep saying I'll blog more, and maybe now that I've finally caught up on the November through now winter shenanigans, I can just "write in the moment". I finally got internet installed in my apartment after living the first 1.5 months without it ($40-$50/month for just me seemed so excessive, I'd only ever mooched off neighbors or had a roommate who either paid for it or split the bill with me). I rang up Comcast and told them they needed to give me the $19.99/month deal that I had "heard" about (I totally made that shit up), and they did.

I would just like to close off with...
1) Did you know that a bunch of museums in DC are FREE? How awesome is that?! Especially for my new el cheapo budget constraints?

2) How awesome are dinosaurs! (That's a statement, not a question.) The dinosaur museum is my favorite. (AKA Smithsonian's Natural History Museum.) I think a great date would be to watch the Night at the Museum movies and then go see the actual museums. I wish I was between ages 8-12 because you can have sleepovers at the Smithsonian, and my adult chaperone would have to pay for it. Don't laugh, I certainly wouldn't have $135 at that age; there are child labor laws, you know.

3) See the sleeping bag jacket in the dinosaur picture above? It is filled with real down feathers, and is pretty awesome, and is absolutely necessary, for being a big city girl who walks everywhere and doesn't drive during the winter in DC.

4) Life is good. Smile and don't worry so much. When you work every day with wounded soldiers missing multiple limbs and dealing with various other problems, you realize that there is really nothing you have to complain about.

More soon as the scary ultramarathon comes up!
Posted by Jocelyn Wong Neill at 9:20 PM 5 comments:

Breaking up, breaking down, and rebuilding


There's this saying about how when you hit rock bottom, there's nowhere to go but up.

Within a week of my last blog post (it's been about 3 months now...I'm sure some of you were scared I got swept away by Frankenstorm Sandy), I split ways with the fellow formerly known as "The Sherpa." Despite seeing it coming, it still rocked my world (in the bad way) and knocked me on my ass. From my last blog post, it should've been obvious that things had degraded over the past year when a guy who didn't want to be the Christopher Robin to my Winnie-the-Pooh had been the Woody to my Buzz Lightyear just a year ago. I knew in my head that breaking up was a good decision, but in my heart, of course it still sucked. Really bad. Living with the guy and owning a puppy together made it complicated and extra painful. We were together for over 2 years, which is the longest I've ever been with someone.

I was self-evicted and am eternally grateful for the generosity of my circle of friends, both in Delaware and beyond. I didn't even realize I had so many people I could count on until I was going through a shitty time and needed help. My couch-surfing days as a pro triathlete came in handy as I stayed at a different place each week. For someone who considers herself an emotional eater, I found my appetite disappear completely. I just wasn't hungry. I went through a phase of just eating french fries and drinking gingerbread milkshakes from Burger King to force myself to eat SOMETHING. ANYTHING. And I still got skinnier. I contemplated writing a book called "The Break-Up Diet."

Not just the past 3 months have been hard, but probably the last 2 years have been a struggle. I think when my triathlon career was ending, I felt like my world was shattering, and wanted to hold on tight to whatever I seemed to have left in my life. One trait of being a competitive athlete is that you are always willing to work hard to get what and where you want, and have trouble letting go of things you should, because you see it as giving up or failure. Sometimes relationships just don't work out, no matter how hard you try, and many of those times they shouldn't work out, and it's time to say good-bye and stop holding onto something that's not there and not healthy.

I felt like I was in that scene from New Moon, where Bella just sits in her chair, staring aimlessly out the window, and the months go by, and the world spins around her. (Damn right, I just made a Twilight reference!) I remember this part in the book, when the chapters are pretty much blank, but you keep turning the pages... For a while I didn't know where I was going to live, what I was going to do. I felt like I failed as a pro triathlete and failed as a girlfriend. My pages were blank, but I went through the motions nonetheless.

When you hit rock bottom, there's nowhere to go but up.

Then 3 months have gone by, and I feel like I'm slowly waking up from a coma. And I'm waking up in a different state, at a different job, in my own studio apartment on the 14th floor. I live alone. Giving up my puppy dog was a heart-breaking decision. Taking this job as "junior clinical prosthetist" at Walter Reed National Military Medical Center just outside Washington, DC? Not a hard decision at all. It's been a month now, and I'm absolutely loving it.

I cut my ties, I'm moving on, I'm starting all over. I think I'm ready to start some blogging again, as I have always found writing to help sort out all the crazy thoughts that run through my head. I thought about glossing over this chapter in the story of my life, but suddenly jumping to a brand new city and brand new life wouldn't make much sense, would it?