#7. Update Wongstar blog 1x/month.
BOOM! Cutting it close with one more day of February, but this is my February update!

#8. Do each Sufferfest cycling video 1x.
WELL... I have so far done Elements of Style, the first half of Getting Away with It (before the app crapped out on me), and G.O.A.T...as well as “Open :30” and “Open :15” (which I don't really think counts). And before 2019, I had already done Half is Easy on the app, and before Sufferfest became a streaming app, I had previously purchased and rode other ones, including Do As Your Told, Hell Hath No Fury, Revolver (my favorite!) and A Very Dark Place. It turns out if you count all the cycling videos on the app, it’s up to 73 (!!!). UMMMM. Now, that 73 includes the “open” ones, many mash-ups, and random interval ones that don’t seem to have a fun story. I am seriously questioning what “counts” as doing a Sufferfest cycling video for this #8 19 in 19 list, because I’m very likely NOT going to do all 73 in the span of a year. (Not being pessimistic, just realistic that cycling is not a priority for me right now.)

#2. Date nights with Kevin (at least) 2x/month.
Yep! No prob, Bob. We even found a new favorite dinner place that is not a chain restaurant and has “Cheap Date Night”—$25 for 2 entrees, 2 non-alcoholic beverages, and dessert. The famous Stone Balloon on Main Street! We also went to the Philadelphia Auto Show and saw the LEGO Movie 2, because he likes cars and I like Legos.

#6. Call or FaceTime family 1x/week.
This has more or less evolved to calling or FaceTiming my mom on Sundays, sometimes getting ahold of the siblings, and many times Mom & Dad are at my brother’s with his little tots, so I get to see everyone on the same call. I think my 2-year-old niece actually recognizes me now, which is great because it means she’s not going to be scared of me when she sees me in person like usual. We had a snow day last week and I FaceTimed with her to show her the snow. She happened to be in her Elsa dress and made sure to sing me “Let It Go” before it somehow became “Baby Shark”. Unfortunately I didn't get a good screen shot of her as Elsa, but here are some from this week...pretty sure that's her Belle dress! 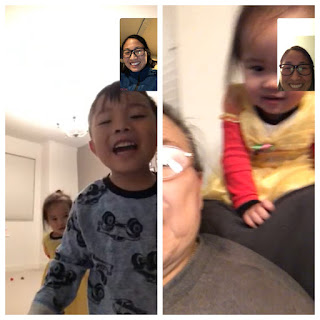 #10. Learn to hard boil eggs easier.
YES! Apparently this was the ONE thing that everyone seemed to have an opinion on when I posted my list to Facebook and Instagram. I got many suggestions and decided to go with the mini DASH cooker (it didn’t hurt that it came in this cute aqua green color), which was just $16.99 on Amazon. I wanted something I could just turn on and walk away from. I’m glad I read the reviews on Amazon because it really does screech like a banshee when the eggs are done. But yes. It works! I now hard boil at least a dozen eggs each week. Yay! 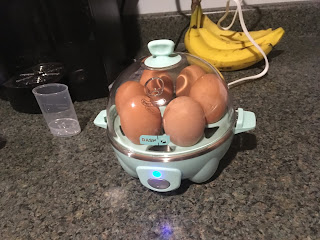 #15. Eat at a new local Asian place 1x/month.
Check and check!
In January, I went to Colorful Yun Nan on Main Street with a friend, which has pretty authentic Chinese food. We shared Singapore noodles and coconut chicken curry, and the lady that may or may not be the owner was like an overly friendly Chinese auntie who made me feel like I was at home with my own (sometimes overbearing) Chinese aunties. 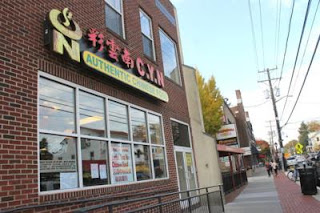 In February, I went with a coworker to PoBu (also on Main Street) which is known for poke bowls and SUSHI BURRITOS. While I am fascinated by the concept of a sushi burrito (it’s like a ginormous sushi roll in a giant seaweed wrapper instead of tortilla), I was also apprehensive. I went with one of their signature poke bowls, the Harajuku Bowl, because I was curious how they stacked up again Poke Bros., a local poke bowl chain that I frequent. PoBu seems more authentic. It was pretty darn good. Actually, I find myself salivating as I type this and it’s been several weeks since I was there. Time to go back for a sushi burrito!

#18. Complete a Marie Kondo decluttering of the entire house.
I have now entered category 4, “KOMONO” or MISCELLANEOUS, also known as "everything else," or the hugest category of all! I got through clothes and books pretty fast, and then the papers category was trickier, but it got done. Last weekend I went through our kitchen, which includes the dreaded junk drawer. How do we end up with 50 pens?!


Also, did you see how cute Marie Kondo was at the Oscars? “I love mess!” 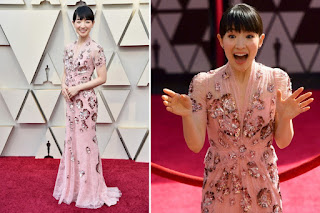 Anyway, I didn’t think I had much to update here with my 19 for 2019 list, but apparently, I did. Most of what I’ve done so far are under the ongoing/recurring items, and hey, here’s a Chinese New Year bonus that isn’t mentioned on the list: 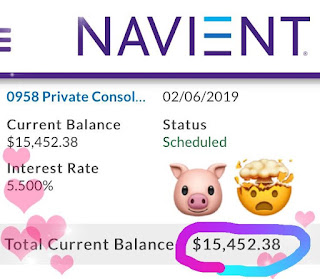 I got to celebrate the Year of The Pig and PROSPERITY by taking the student loans down to $15k! This is seriously a huge accomplishment for me, as I graduated in 2006 with about $100k in student loan debt, and was very much aware of it when I made the jump to become a developmental pro triathlete for Team TBB. (I’m thinking that my autobiography will be called “Crazy Broke Asian Triathlon Superstar”.) For the longest time, it seemed to just stay at “around $95k” and I wasn’t able to start really paying it off until 2013. It wasn’t too long ago that it seemed impossible, but on my 20 for 2020 list will be “throw myself a NO MORE STUDENT LOANS PARTY!” 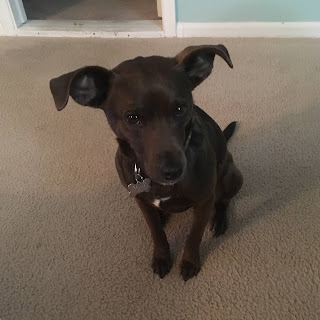 See that innocent face? In the past 3 years, she now has:
We haven't done a doggy DNA test, but this 22-pound KILLER is obviously some sort of hunting breed. My best guess is whippet and Jack Russell terrier. It's too bad I'm not into hunting, but she is the best 5am running partner!

Posted by Jocelyn Wong Neill at 9:35 PM No comments: