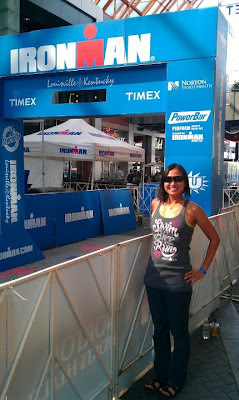 An ironman-distance triathlon consists of:

I did my first one as a 20-year-old age grouper in 2002 and fell in love with it, not knowing that years later it would become my specialty as a professional triathlete. Keep scrolling down below for the full story... 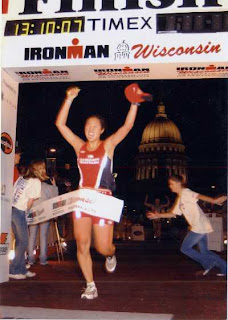 I compiled all my Ironman results throughout the years, from my beginnings as an "aspiring Ironwoman" and not ever getting a Kona slot in the 18-24 age group, to my rise as a sub-10 pro triathlete, subsequent plateau and career-changing car wreck (and first DNF), to my return to age group racing in women's 30-34.

Race reports (or pieces of intentions to become race reports) have been linked underneath the race names...and damn, there are a lot of them!

Once upon a time, I was a rather ordinary age grouper with extraordinary dreams. I ran track and cross country in high school. After getting injured during my freshman year of track in college, I blew all my scholarship money on a road bike. I fell in love with the Ironman triathlon after volunteering for the inaugural (now defunct) Ironman California at age 18, and despite barely knowing how to swim, I signed up and completed my first just 2 years later, as a senior in college. I "raced" 3 more throughout graduate school and residency, averaging over 13hrs in those first four IM's. Nothing special, really. 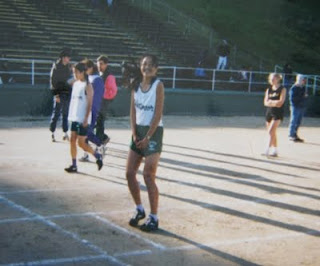 In 2007, I somehow convinced the teamTBB overlords to take me on as a "pro development athlete" despite my lack of athletic credibility. Perfect timing too: months later, Chrissie Wellington would become TBB's breakout Kona world champion and suddenly everybody wanted to be on teamTBB. I finished up my residency and board exams to become a certified prosthetist-orthotist (CPO)...then promptly put that career on hold to pursue triathlon full-time.

I blogged about my journey and desire to become an international triathlon superstar and became a rather controversial (but popular on the interwebs!) "barely good enough to be pro" pro. I dyed my hair red and travelled around the world, training and racing with Ironman champions under the guidance of the infamous and scary Brett Sutton. He personally nicknamed me "The Wongstar" as he molded me into a sub-10 Ironman racer after only 13 months together at training camps. 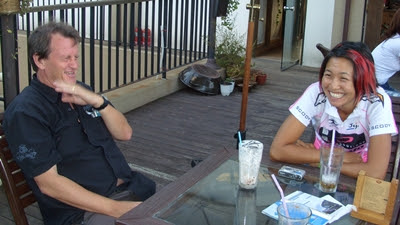 I'd get the occasionally backlash from anonymous haters that I wasn't really a triathlon superstar, which to me only further cemented my superstar status. Only real superstars have haters. Other components of being a superstar? 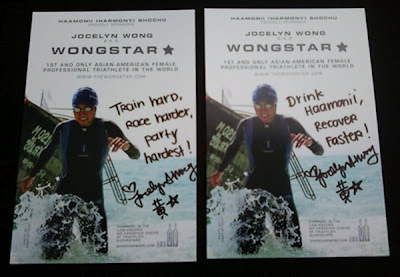 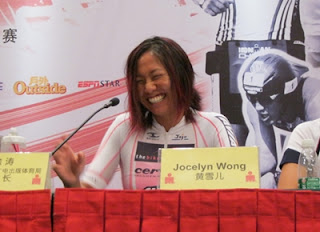 While I wasn't working as a CPO in the traditional sense, I did make time to volunteer at various medical missions while I was living overseas at training camps. (See prosthetics & orthotics tab for details.) But over time I began to feel jaded and disgruntled at the "professional" triathlete lifestyle, with everchanging prize money rules and the politics of sponsorship. I also hit a plateau and was not improving enough to start paying off my student loans (which only let you plead an "economic hardship" deferment for 3 years). It began as something I loved and enjoyed, but triathlon became a frustrating obligation with financial pressure and stress.

In June 2011, I decided to return to work part-time as a CPO with Independence Prosthetics-Orthotics, while intending to still race Ironmans professionally. A week before my start date, I had a big collision with a car at mile 111 of the bike at Ironman Korea. I crashed through the rear windshield of a minivan (which took a right turn in front of me as I was speeding downhill)...with my chin. My first DNF ever was not pretty: 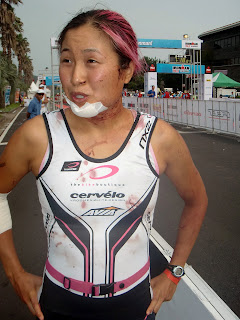 3 months later, I was diagnosed with a torn quad (VMO) from the car accident...after I had stubbornly done one more irondistance race. I was so angry and heartbroken with how everything turned out, while overwhelmed with new job responsibilities, that I completely quit the sport of triathlon for 6 months to heal my body, my mind, my spirit. I had a brief return to the amateur ranks in 2012 as I missed triathlon, but more recently find myself busy enough helping the wounded warriors at Walter Reed and embracing my so-called civilian life.