The Wongstar presents: the New Rules of Training 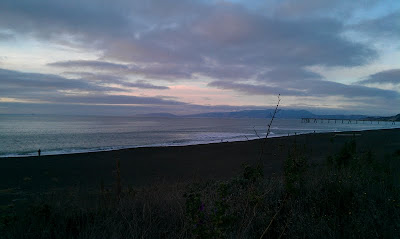 I'm home in the 94044 for Chinese New Year and wrote a batch of blog drafts while on the 6-hour flight. So let's see how this "batch blogging" goes in terms of update frequency. When you're inspired, you're inspired!


This particular post was inspired by a variety of things, including self-reflection, a comment from the mentor and friend formerly known as Coach Beck, and my current reading of Gretchen Rubin's The Happiness Project. Beck had mentioned regarding one of my last posts: "the novelty of being lazy/not training wears off, then you truly (re)discover how to enjoy your exercise..."

As you know, one of the reasons I decided to stop racing triathlons, or even swim/bike/running was that it became a source of unhappiness for me. A combination of my knee injury, frustrations with the sport, and it's evolution into an obligation. I had once set out goals for myself in the sport, which I had achieved and surpassed, and then later on, let too many other people influence what I had originally wanted out of triathlon.

So I had a nice break from an exercise regimen. And like the hoards of "normal people," starting working out again practically every day when 2012 struck. I was surprised how much I enjoyed going to Fusion Fitness before work every morning. I think most triathletes can't stand being on "cardio machines"--the elliptical or the treadmill--but I'm kind of liking it. Maybe it's because it's pretty cold outside in the mornings. I do the elliptical sort of as my easy days as an alternative to spinning on the bike. And I really like race walking on the treadmill, it's like having a push from a friend to help me get a higher turnover.

Yeah, nothing beats starting your morning before work than a nice sweaty workout. And I always make sure I stretch afterwards, something I neglected in the TBB years because Brett wasn't a fan. But I've noticed I'm pretty tight in the right hamstring (the side my knee was hurt) and so I'm back to doing the full line of stretches we did in high school track, minus the Westmoor Rams jumping jacks.

So without further ado, my new rules of training:

1. Only swim with friends. I won't swim by myself, because I don't feel like it. But I might start swimming again with Mac's squad when that starts up on Wednesday mornings.

2. Racewalk lessons once (maybe even twice) a week--depending on me and Mr. Miyagi's schedules.

3. Racewalk 5x/week. This includes the 2x/week on the treadmill at Fusion.

5. Only bike when the weather is nice outside. By spring time, my knee should feel better and I can venture outdoors again. See how the PTSD is doing.

6. Daily walks with the puppy and a dedicated trip to the dog park on the weekend. She comes home next Friday!!! The hard-core athletes may sneer at me for including easy walks and fun playtime in my "training" but I think of it as active recovery and exercise for the soul.

Yup, that's it. When it gets warmer again, I want to do my easy walks in my Vibrams and maybe do a longer hike on the trails with them. For now, it's cold and I'm not keen to get frostbite in my feet.

There are still those who don't understand why I want to get into race walking instead of tris or just running. I actually find it insulting that people are still asking me, "Why don't you just run?" Firstly, my knee got effed up and I haven't able to run more than an hour without it flaring up (I feel like such a broken record sometimes). Nextly, I just don't want to run and I don't really care what you think I should or shouldn't do. I know race walking is completely unglamorous compared to triathlon or even running. So what. I'm liking it and I'll do what I want.
Posted by Jocelyn Wong Neill at 10:26 AM