So 2015 ended for me before 11pm--I got sick after traveling back home after a California Christmas--and I woke up 12 hours later in 2016, successfully missing the 10am New Year's Day 5k I signed up for. Oh yeah, I managed to miss both the midnight countdown and the Hangover Helper 5k. Double D'OH! (If anything, I'm finally learning to listen to my body more, because I was in no state of health to be running a 5k anyway...)

So the year ended with a whimper, kind of like this blog I haven't updated in half a year. Not that it wasn't a very eventful year. We moved back to Delaware, started new jobs, bought a house, got married, and then the week before our honeymoon, I helped open up our new office at the STAR campus at University of Delaware. Actually, a ton of HUGE LIFE EVENTS in a short span of time! 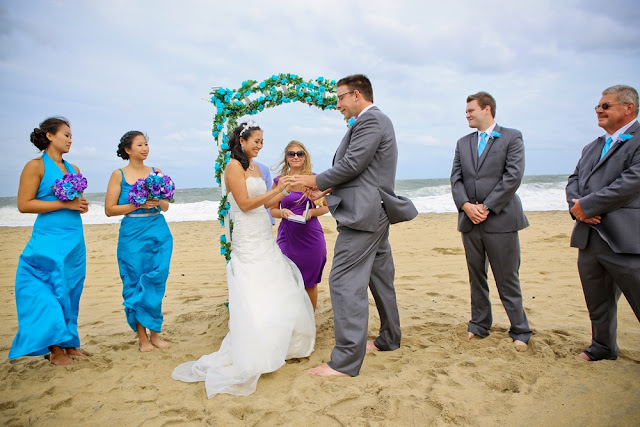 We had to say good-bye to all our amazing friends in DC (well more "MoCo"), and hello to new and old friends and coworkers in Delaware. A little more than 2 years in Montgomery County, MD was just long enough to finally have a really tight group of pals, our crew, our "framily". Of course with real friends, we knew it wasn't really good-bye, just "farewell for now". 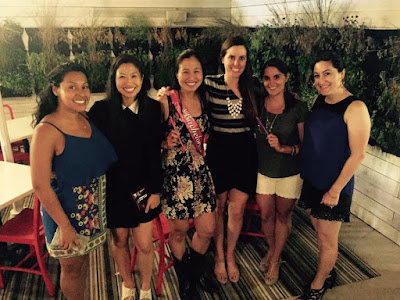 We went back to visit, there was a bachelorette weekend in there somewhere, and of course they came out for our wedding in September! Caitlin even made our cupcakes to complement the ice cream cake. :) 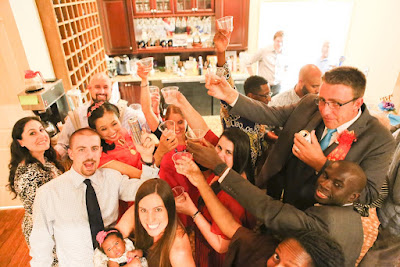 The saddest good-bye, however, was my Grandma who passed away (ironically the day of our MoCo good-bye happy hour) back in February. Kevin and I made the first of two 2015 California trips to be there for the family. Unexpected but necessary!

2015 was definitely very family-oriented. Following the funeral and throughout the wedding planning process, house hunting, and aftermath, we learned what it's like to not just bring two individuals together but two families together.

I still have overdue wedding blogs to write (I was using the excuse of waiting for official photos, but can't any more...), and will at some point, I swear! My favorite feeling was being at the big beach house we rented surrounded by all the people who love us. 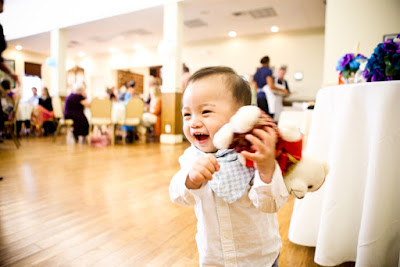 Carrin, his mom and my sister-in-law, did our make-up, and my mom made the bridesmaids dresses and her own amazing outfit. 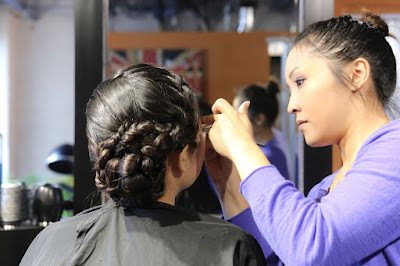 We spent a good chunk of the summer house hunting with Aunt Mary (Kevin's grandma's youngest sister), our realtor. She helped us find a cute little 3-bedroom house near UD, and we closed 3 weeks before the wedding!

We ended up having Aunt Mary and Uncle Paul do a reading for us at the beach ceremony as our grandparents' stand-in; Corinthians 13 "Love is patient, love is kind..." 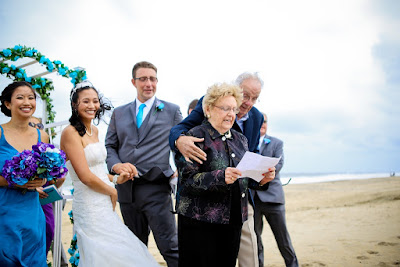 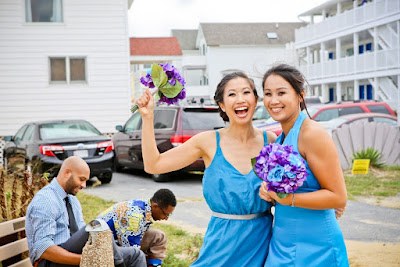 Of course we couldn't pull it off without two key members of the extended "framily"--my mom's best friend Terri and our "race track mom" Georgia, who is my #2 emergency contact on my Road ID (after Kevin) and went to all my dress fittings with me. The two of them were our unofficial wedding planners/decorators; Terri made our gorgeous bouquets! 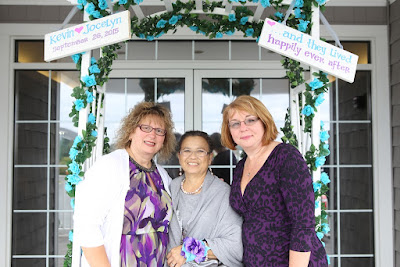 We also had my "First Mate" AKA Soda as our master of ceremonies, because with a title like First Mate, who else do you ask to do the job? 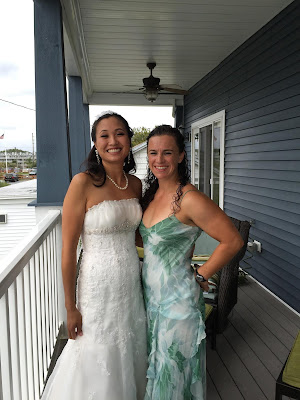 We capped off the year with California trip #2, a Christmas trip that included a proper 10-course Chinese wedding banquet, and teaching Kevin how to be more Chinese. (Which is really just saying "yes" to your mom/mother-in-law more.)

It was also 20 degrees colder than in Delaware. WHAT!? Grumpy ole Grandpa has also gotten soft in his old age, smiled and posed for tons of photos, and even told his newest grandson-in-law Kevin that he could drive the shiny Cadillac. WHAT?! 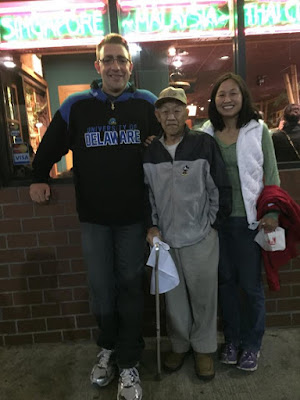 Athletically, a disappointment? But not really.

In years past, I would've judged if I had a good year/bad year solely by how I did athletically. 2015 was my last year in the 30-34 age group and it was extremely anti-climactic. I went into the half at Challenge Atlantic City undertrained (story of my year), got my first drafting penalty, finished 12th woman but got bumped down with the time penalty.

I then spent all summer too stressed out to train with the house buying and wedding planning, managed to get super skinny without even trying (!), and only realized right before the wedding that I should defer my entry for the Beach2Battleship half (it was supposed to be a half ironman honeymoon 3 weeks later) as I had done ZERO swim/bike/run.

Yeah, in 2015, there was much more to life than being ridiculously good-looking an athlete. There's just some things that take precedent over training and racing. Not to say that it's not always going to be a big part of my life. 2016 after all, is an Olympic and Paralympic year! And I got a ton of inspiration and fulfillment in supporting close friends and family members in their athletic endeavors. There was being part of the North Face MoCo relay team, and being a coach/"camp counselor" at the Team RWB Mid-Atlantic Triathlon Camp in Richmond. 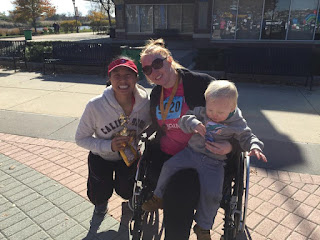 My best finish this year was actually doing a 5k at the last minute to support my friend and prosthetic patient, Jaime, in an Osteosarcoma Awareness 5k. I won the women's 5k and a $50 gift card to a local Italian restaurant. (Yeah! Me and Kevin are going to start funding date nights this way!) 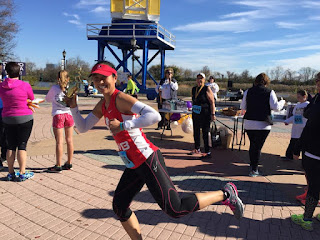 I also got to help my new niece Brittany in her weight loss journey (over 40lbs since August!) by doing her first two 5k's with her. 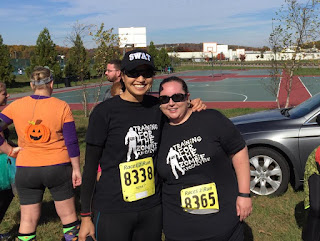 The Beach2Battleship honeymoon wasn't a complete wash as we got to cheer our friend Joanna to her first ironman, and literally help our new friend Tom get back on course for his first ironman. 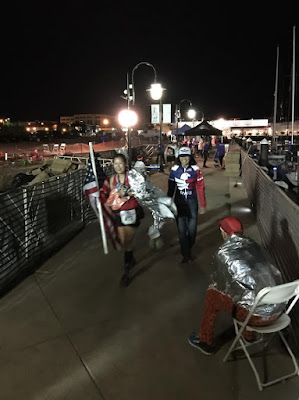 The athletic highlight of the year was pacing Will to his first "post-prosthetic" marathon at the Philadelphia Marathon. There was an awesome article on Philly.com that covered this: Two marathoners: Iraq vet with prosthetic leg, a man running his 64th. We ran it in a very respectable 4:09, and plan to whittle that down to his "pre-prosthetic" PR of 3:00! 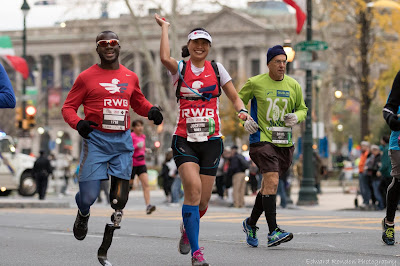 It was an honor to be Will's first prosthetist at Walter Reed and an amazing experience doing our first big city marathon together! We are still close friends and virtual training buddies--he is the one who convinced me to finally join the Strava. (Actually he only asked me 7 weeks before the marathon if I could run the race with him...I seriously did ZERO running all summer! So I crammed like a boss! Don't try this at home, kids.) 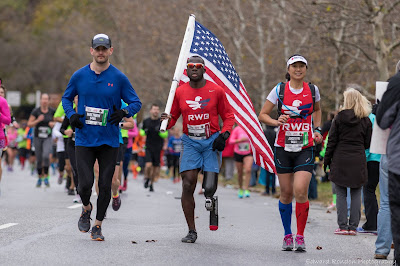 Learning to be Team Neill.

The absolute highlight of the year, of course, was becoming Mrs. Neill! It's now been over 3 years (we just had our 4th and most boring New Year's Eve together) that we've been an item, and 3 months since the wedding. Every day since becoming Team Neill, we are learning to make each other better, love more, and be happier together.

All the events of 2015, highs and lows, have ultimately brought us closer than ever. In 2016, we are really looking for just a nice, mellow year! No huge life events, just riding away in the sunset together. 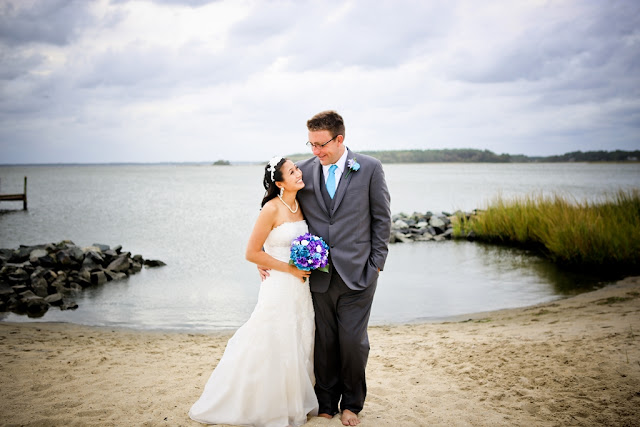