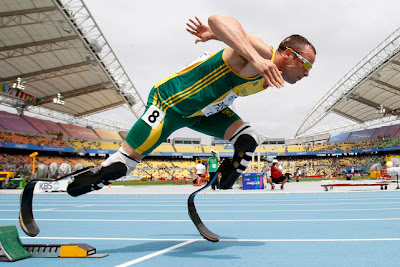 My two passions, the career of prosthetics & orthotics and the sport of triathlon, have been intertwined since the summer I discovered triathlons at age 18. It was through triathlons that I met and got to know various "Challenged Athletes," particularly those who raced with prosthetic legs. I was awestruck with how they could compete in the same challenging sport that I did, and did not consider them to be disabled at all! No longer would I take the simple act of walking for granted. 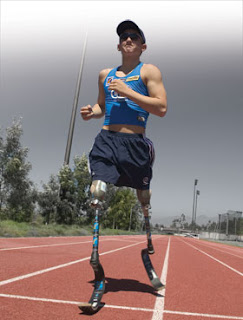 In the summer of 2002, I learned about the career path of a certified prosthetist-orthotist (CPO) while training for my first Ironman and working as an assistant for a prosthetics research project. A CPO is a healthcare professional who evaluates and treats patients in need of an artificial limb or custom brace, fabricating and fitting such custom devices. As a kinesiology major, I had intended to go into running shoe design, but I found the idea of making running legs with direct patient interaction to be much more meaningful!

I would go on to receive my master's degree in prosthetics & orthotics (MSPO) at Georgia Tech, and complete my two years of residency before I left for my first triathlon training camp overseas. I put my O&P career on hold for a few years in order to pursue triathlon full-time while a member of the professional triathlon team, teamTBB. 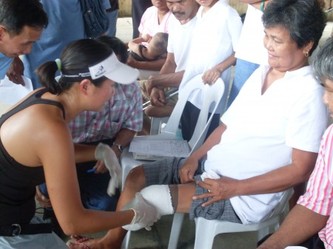 It was during my time overseas at various teamTBB training camps that I had the opportunity to utilize my P&O skills for the less fortunate, working with various prosthetic missions in Southeast Asia. In the Philippines, I volunteered with the Filipino chapter of Physicians for Peace, going on medical missions to the provinces of Pampanga, Zamboanga del Norte, and Camarines Sur. I also helped lead a team of prosthetic technicians in fabricating a very high level hip disarticulation prosthesis from start to finish at the prosthetics headquarters in Manila at the Philippines General Hospital. 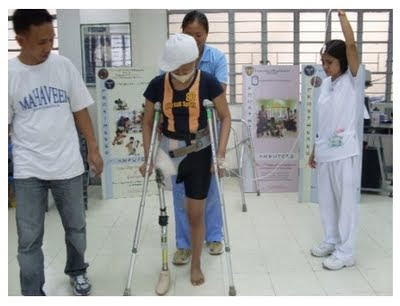 When I was in Thailand for my very last training camp in 2010, I took a short break from training to head to Nakhon Si Thammarat, where the Prostheses Foundation of Thailand was holding one of their mobile clinics. I was absolutely blown away--I volunteered side by side with over 40 prosthetic technicians from all over Thailand and in just a period of 5 days, we cast 168 patients and fabricated 186 prosthetic legs for them!

You can read about my experiences in the May 2011 issue of Triathlete Magazine here: 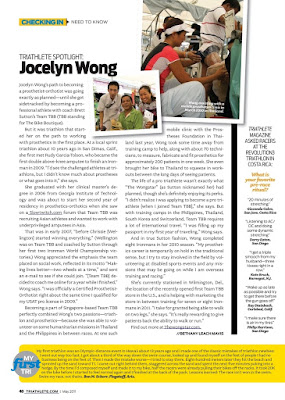 
After rejoining the real working world as a CPO at Independence Prosthetics-Orthotics, I also had the opportunity to go to El Salvador as team leader for the Healing the Children organization in 2011 and 2012, providing orthotic care to hundreds of pediatric patients in the course of one week. You can read about the 2011 trip here. 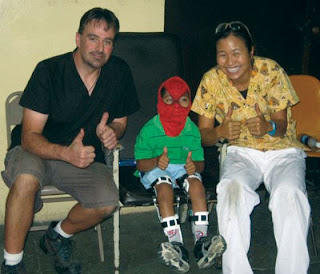 Another fun fact that reiterates the intertwining of my two passions: I met my first post-residency boss (John, who lost his leg as a teenager) while volunteering at a Challenged Athletes running clinic in NYC. As a professional triathlete, I was helping to coach the advanced runners and was not even searching for a P&O job at the time! 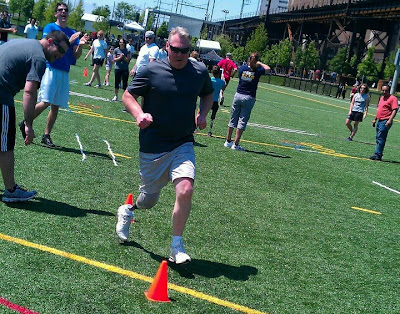 I am currently stationed as a prosthetist at Walter Reed National Military Medical Center (just outside Washington, DC) most days, but also work with civilian patients at Medical Center Orthotics & Prosthetics (we have the lower limb prosthetics contract at Walter Reed). It has always been a balancing act with triathlon and P&O, and I continue to pursue that harmonious balance between both passions. P&O is one of the most rewarding fields anybody can work in and I am constantly inspired by the patients I work with. The two quotes that motivate me most, in regard to both sport and P&O, have been these:

"Do the best you can, with what you have, where you are." -- Theodore Roosevelt


For more info on the profession of prosthetics & orthotics
and disabled sports, please visit the following links: