Brewing Up a Master Plan

It's official. The moving on from triathlon is going well. I have made the switch to race walking. It's so official that I even updated this website so that I have a special RACE WALKING tab! It doesn't get more official than that!

It even declares that I want to make the 2016 Olympics! Whoop whoop! 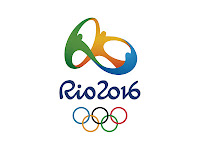 Of course, that's a hugely ginormous leap at the moment. Mr. Miyagi's been to a bazillion countries, but he's never been to Brazil before. So I told him I would pay for him to go, if/when I make the 2016 Olympics.

He is totally on board, of course. But he also said to let's first try to get me on a World Cup team. That's the top 5 in the country who get to go. But even before we get to that point, I need to be walking legally with no problems. At the moment I'm stuck at 12-minutes/mile pace for 5km's only, because any faster or farther and my right knee starts to "go soft." Which puts me in danger of breaking the bent knee rule (see my new RACE WALKING tab! I totally explain the rules to you!).

Wait, hey, wasn't it the right knee that got banged up at Ironman Korea? Oh yeah...

So it's been 6 months since I had the MRI done, followed up quickly by the PRP injection that may or may not have helped, followed by completely stopping any offensive activities (biking and running), followed by the brilliant switch to race walking.

I haven't had any follow-up to any doctors since December, as not doing any offensive activities was super effective at making my knee feel way better. But it still doesn't feel quite right. It definitely doesn't hurt any more...but then again, I don't do anything that hurts it. Mr. Miyagi suspects that I have developed some minor quad weakness on that right side, and now that it is hampering my race walk progress, it's time to have it looked at again.

He says, "If it's a problem now, it will continue to be a problem later."

And we don't want no DQ's!!!
Tuesday I've got an appointment with a new orthopedic specialist. Perhaps another MRI will be in order. I've been waiting for the muscle fibers to heal up, which is why I haven't done any specific physical therapy exercises or anything. So hopefully, I can get confirmation that I'm all healed up, and then it's a matter of strengthening those knee muscles.
Good thing Mr. Miyagi is not rushing me or anything. He says we have until September to start REAL TRAINING. First priority is to heal up and strengthen that right knee!
And so I present the MASTER PLAN:
1. Confirm that the quad tear is healed up.
2. Start physical therapy--strengthen that muscle imbalance.
3. Race walk faster & farther LEGALLY.
4. Qualify for next year's Penn Relays 5km as an elite (27mins).
5. Qualify & race USA outdoor track & field national championships 20km (1:52).
6. Make a World Cup 20km team (sub-1:48 and top 5, or something like that).
7. Olympics!!! (1:33:30 is the A standard)
Oh hey, that's not too bad. 7 steps to the Olympics? Surely there should be more steps. When I think of the other 5 steps, I will add them in. I feel like it should be a Twelve-Step Program for some reason. ;)
Posted by Jocelyn Wong Neill at 5:04 PM