So it's March 10th. (Actually, it's my parents' 33rd anniversary. Wow. That's almost one-third of a CENTURY! So happy anniversary Mom and Pop Wongstar, if you are still stalking me on the internets.)

Anyway, I didn't even realize the significance of it being March until Ironman NZ came, and went, sorta, last weekend. (Awful weather = one day postponement and shortened to a half ironman. And yes, back in my day this whole "70.3" thing was called a "half ironman.") IM NZ was a significant date because last year, I had been planning my Project Kona points chase with Coach Beck, and had planned to spend the month of February training in Australia leading up to IM NZ. Then they announced the date of the inaugural IM Melbourne to be 3 weeks after NZ, so the new plan was to fly into NZ, race that one, then go to Oz to train for a few weeks and race IM Melbourne.

Race race race. See, getting to Kona as a pro doesn't necessarily mean you are one of the 30 fastests chicks. It just means you got a lot of points, which could be from either racing a crapload of obscure races or placing really high in a few key races. So there was a plan in place with lots of racings in all corners of the world. How I would've financed it is a bit of a mystery. This plan was still in place exactly 6 months ago, on October 10th. The next day I'd go to the sports med doctor for an ultrasound on my knee and realize how much denial I had been in.

6 months later, my world has been turned upside down. I used to live in this tiny studio apartment, train all day, and race an Ironman every month. Now I work a real job, live in a house with a Sherpa and a Christmas puppy, and...don't know when I get to start racing again in my new sport.

So I figured that each month I would post up what's exciting for the month, since I don't have a big race to look forward to. Maybe it's weak sauce compared to racing an Ironman, but I need to keep myself excited and happy so I don't fall into post-triathlon depression. Hence my first official blog category: "Monthly Excitements." (Yes, I do need to reorganize all my labels/categories and do a lot of backstage updating to the whole blog in general.)

What am I excited about in March?

1. DAYLIGHT SAVINGS TIME. Oh gosh. You have no idea. I've been counting down the days. At work, I had printed out "sunrise/sunset" calendars (from sunrisesunset.com, go figure) and the coworkers thought I was such a weirdo. But when in the darkest of winter, you get out of the office past 5pm and it's already dark, it really cramps your evening motivation to do much except watch TV and go to sleep. So tomorrow we "spring forward", and even though we lose an hour overnight, I feel like we gain an extra hour of sunlight after work each day! Just looking at the Wilmington calendar, you can see that Civil Twilight (when it gets pitch dark after sunset) is at 6:30pm tonight...but tomorrow it is at 7:30pm! Whoop whoop!

2. St. Patrick's Day. Which is on a Saturday. Next Saturday, actually, but for some reason the city is celebrating it early this weekend. Which means two weekends in a row of people wearing green, daytime drunken shenanigans, and telling people that I'm Irish, and they should kiss me. Or at least, Socks McChristmas telling people she is Irish. 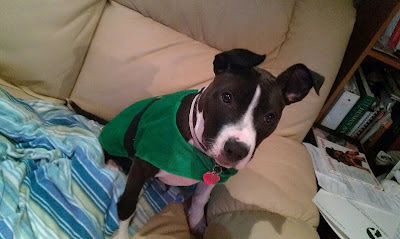 The beauty of not being a professional triathlete any more is that I don't have to feel guilty partaking in aforementioned shenanigans, because you know, it's not like I avoided partaking in the past. ;)

3. O&P Academy Meeting in Atlanta. This is the annual research-heavy convention/symposium/conference whatever you wanna call it for the prosthetics & orthotics profession. I haven't been to one in four years; I was always at some camp in Asia somewhere during February/March. Great time to network with the big names and get updated on what's new and exciting in the field. It will be really cool to see my classmates and colleagues again, plus it's right by my alma mater. Apparently the MSPO program at Georgia Tech got a brand new building (they had us hunkered down in the basement back in my day). I am also absolutely psyched to reunite with my non-school ATL friends who I haven't seen in FIVE YEARS. Actually, my former triathlon girlfriends (we had all been coached under local pro Carole Sharpless AKA Sharpie). I don't even know who of us still does tris. Cannot WAIT to catch up. Also the Hunger Games movie comes out while I'm there and Williamonster and I are totally ready to watch it together!!! 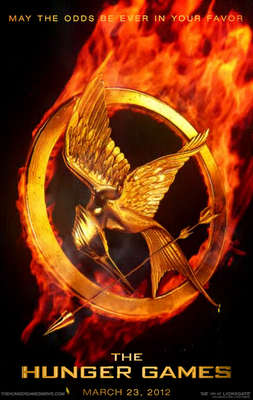 SO, three big things to be pretty excited about. It will be my first trip away from little McChristmas so we will see how she does by herself with the Sherpa for four days *cue evil laughter BWAHAHAHA*. Also some of my best friends have March birthdays. You know who you are! xox
Posted by Jocelyn Wong Neill at 5:56 PM