I know this is a temporary, and I know this too, shall pass. But I'm stuck in a funk that's hit me somewhat unexpectedly. Last you heard, I was in Atlanta and have been meaning to blog about what a great time I had, and how cool it was to reunite with my ATL best friends who I hadn't seen in over 5 years (which I know, doesn't make me a very good friend, does it?) and watch the Hunger Games with them, AND network with all my old classmates and colleagues and instructors, AND check out the cool new building that the MSPO program got constructed. 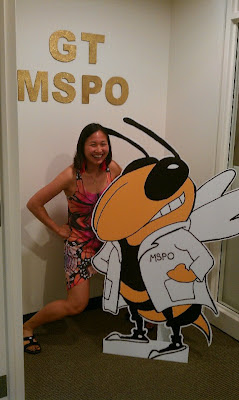 For a few consecutive days, I felt like a broken record. To most of the people in my profession, I had basically fallen off the face of the O&P world and had to keep explaining where I'd been the last 4, 5, 6 years since graduating (2006) or finishing residency (2008). Some knew I had gone off to become a pro triathlete. Some kept asking "So you're back in the country now?" Hardly anyone knew I had been in a car accident and had decided to retire from triathlons recently, but then there were the surprising few who had avidly followed all my adventures via the teamTBB blog (which BTW is back up) or Facebook.

I thought I was feeling okay, then I came back home and back in the real world, the "normal" life, a higher patient load than usual (we've been extra busy) and a strange taste in my mouth (not literally). The whole reunion aspect was a reminder of who I used to be, who I had become, and who I no longer am.

I have an extremely strong aversion to settling for being ordinary and despise being referred to as "normal." I feel like I used to do these epic things on a monthly, weekly, maybe even daily basis. I feel akin to a superhero that's been stripped of all her superpowers. Some days I feel like I'm adjusting well to this huge life change, and other days (maybe weeks...) I struggle. 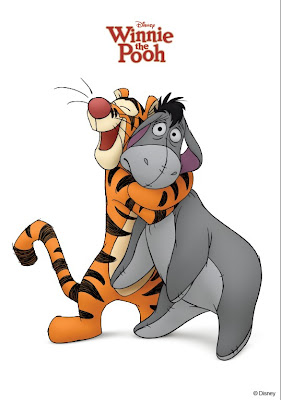 I know it will pass. I do have my next big goal and Stage 2 of the Master Plan has been under way for over a week now, but in the meantime, I am caught in this strange purgatory-esque in-between phase where Eeyore trumps Tigger, again and again. Instead of the other way around. I know I am also suffering from endorphin withdrawal. I used to manage the Eeyore-ness with ridiculous amounts of exercise, which I don't have the time or desire for any more.

You know what else doesn't help? People (i.e. internet strangers) who continue to harass me about my decisions regarding triathlon and race walking. You know what? I know race walking is not as glamorous as triathlons and Ironman. (Oh, but the Olympics are, more so.) Please do NOT refer to it as "powerwalking" or "speedwalking." You realize that is akin to calling a runner a "jogger" or spelling triathlon "triathalon" or thinking that all triathlons are Ironmans. People (i.e. internet strangers) think "oh, I'm just teasing a little" but if you were to add up all the times people (i.e. internet strangers) make unsupportive comments that get under my skin, you will find that I have a lot of anger and rage seething inside of me, and I feel really bad for whoever is going to get punched one of these days.

I find myself having less and less tolerance for idiots and jerks, to the point where I sometimes don't see the point of blogging, tweeting or Facebooking any more, so I don't have to deal with people who think they know me better than I know myself. Which would be really a shame, because there are also a ton of you out there who ARE very supportive and understanding, and I am grateful for that.

Anyway. Excuse my Dark Side. But don't be all that surprised. I tend not to blog when I'm feeling depressed, because I find it contagious, and would rather be upbeat and happy all the time. But it's also exhausting to pretend you are happy all the time...when you are not.

Email ThisBlogThis!Share to TwitterShare to FacebookShare to Pinterest
Labels: Eeyore vs. Tigger, Ex-Triathlete