﻿
So I'm back in California for several days, originally to race the Full Vineman on Saturday, but accidents happen and plane tickets were already booked, so here I am for a little R&R with the family! I totally just ate way too much, so much that my stomach hurts (damn this excellent Chinese food and fresh California strawberries!!)...and thus I'll postpone my swim and write a blog about this morning's Chinatown adventure with Mom instead.

First she was very proud to demonstrate that she now knows how to use an ATM:

Yes, she is one of those ladies that always holds up the line at the supermarket because she still writes checks to pay for groceries. Actually today, we got some groceries that were so cheap, we filled up two huge bags for under $5. No check needed:
﻿
﻿Anyway, we have been coming to Chinatown in San Francisco since I was a wee little girl, but I guess I never really appreciated how awesome it is until I've lived in other countries and other parts of the USA. You always grow up assuming that things like Chinatowns are the same as Chinatowns everywhere. Not so! The one in SF is like the oldest and largest one in North America.
﻿
﻿After living and racing all over Asia, I came to realize that when you are in SF Chinatown, it really is like being in Asia. The price tags and street signs are in both Chinese and English, all the store owners speak Chinese, and you can find all sorts of weird Chinese cuisine and magic herbs.

We had a few missions today. Mission #1: I wanted some roast duck (Peking duck!) but Mom said there was now also roast GOOSE...whoa. The best place to go in Chinatown is on Grant Ave. between Broadway and Pacific:

After watching Kung Fu Panda 2 and calling myself an Asian Triathlon Superstar the last 4 years, it was important for me to be more in touch with my Chinese roots. So I requested that Mom teach me to make some magic Chinese soup. She boils a pot every day and always told us when we were little that drinking it would make us faster and stronger! So Mission #2: gather ingredients for magic Chinese soup! 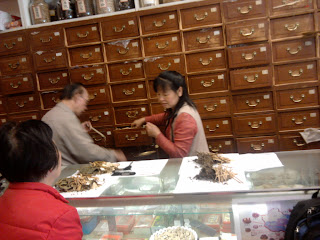 Location: the Great China Herb Co. (the sign is the first photo up top), on Washington, between Grant & Stockton. I remember coming here as a kid...there are jars of dried seahorses, bumblebees, and all kinds of deliciousness. 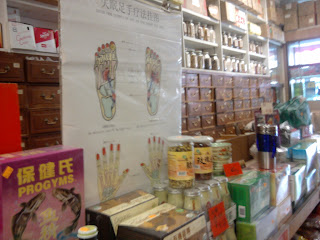 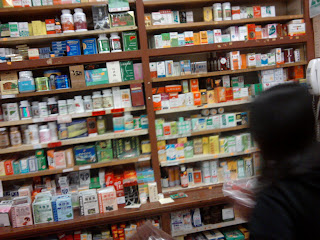 Our stash includes some dried goji berries, Korean gingseng, dried logan fruits, and other things I don't remember how to pronounce. 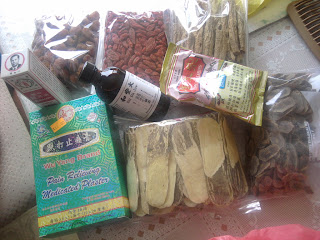 But they are all good for your immune system and chi! We also got some special stinky Chinese ointments...all great stuff to help me on my road to recovery from that stupid crash and become better than ever!

Mission #3: stock up on super delicious Chinese (and ok, Vietnamese) food that you just can't get the same of in Delaware!

The best fried chicken is from a place on Stockton, between Jackson & Washington, called "Phoenix" something. All you have to do is look for an autographed photo of Yan Can Cook on the window: 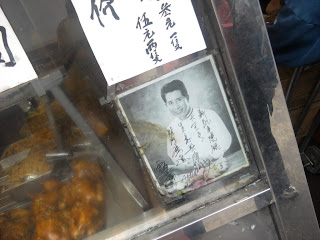 Inside, there is a bunch of dried lard hanging on the wall next to the Buddha shrine. 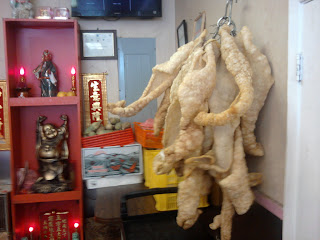 Then for the best Vietnamese, we went to a place called "Little Paris" on Stockton, between Washington & Clay. Mom got a bunch of those Vietnamese sandwiches that come on French baguettes but I was much more interested in the dessert... 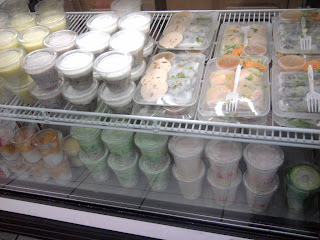 My favorite one is sometimes called the "Tri color dessert" since it has red beans, yellow beans, and green worm looking jelly things mixed with coconut milk.﻿ 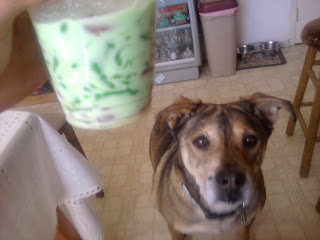 Guinness was totally jealous. And so are you!

Anyway, all those trips to Chinatown as a kid, and I thought this was all normal. Frogs and dried seahorses for sale, lard hanging on the wall, stinky medicine, wormy desserts...great, isn't it???
Posted by Jocelyn Wong Neill at 7:00 PM

Email ThisBlogThis!Share to TwitterShare to FacebookShare to Pinterest
Labels: being Chinese, Chinatown, magic, on being Asian, San Francisco