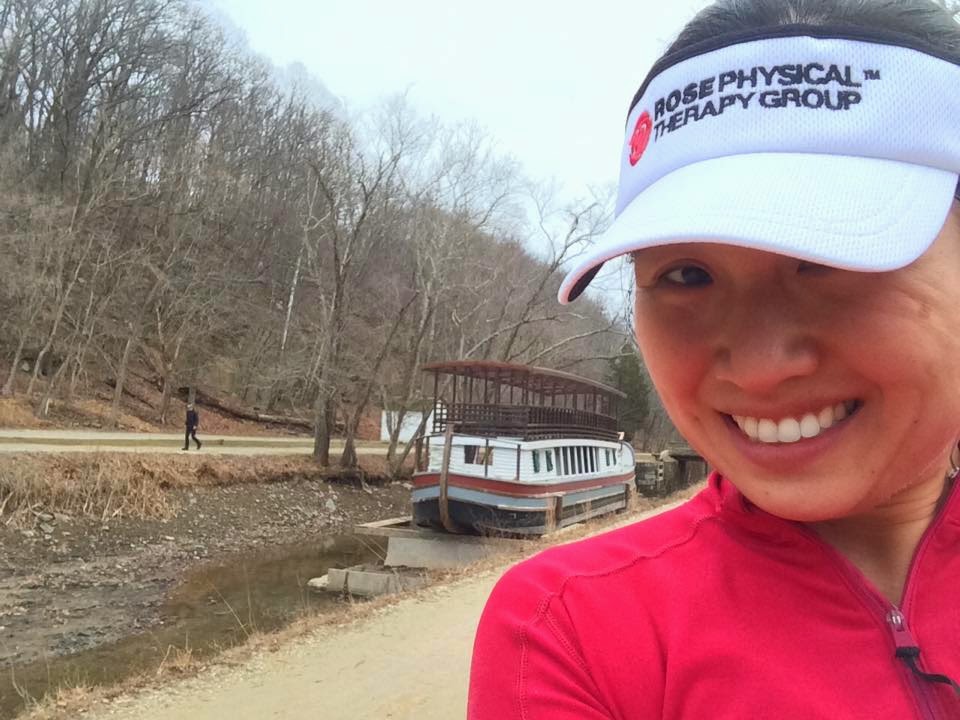 This week was mentally stressful and de-motivating due to what we shall call "life stuff". Unfortunately I let what goes on in between my ears affect my ability to "JFT" (you know, just effing get out the door and train). And I know I'll feel better if I get my workouts in, but sometimes you just get into that soul-crushing, vicious cycle of "I feel bad and don't want to train, so I won't and will thus perpetuate this feeling of yuckiness." Kind of brain-foggy.

I forced myself out the door on Saturday afternoon and could only run a mile before feeling really yucky. Still, I forced myself to at least keep walking for another 3 miles. I felt so lame! But not so lame as just turning around. So that's something.

Luckily, nothing shakes you out of a funk like getting a brand new, exclusive sponsor...and seeing monster trucks!

Saturday evening, I was invited to join Rose Physical Therapy Group for some gumbo and bonding with their other sponsored athletes. It was like assembling the athletic version of the Avengers in the Washington DC area! There were other triathletes, crossfitters, and marathoners. Everyone is very accomplished and also a community leader. 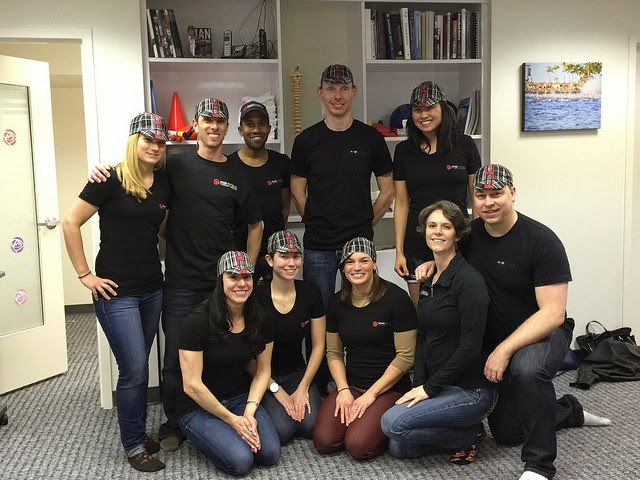 Claire and Damon (seated in front of me at the bottom right of the photo) are the owners of Rose PT, which is an amazing physical therapy practice located right in downtown DC, by the Farragut metro stations. They are all about quality patient care (which is what I'm all about too!) and have one-on-one sessions with patients for a full hour. As a prosthetist that works alongside PT's in various settings, I have seen too many therapists that try to juggle multiple patients at once or pass them to their assistants. 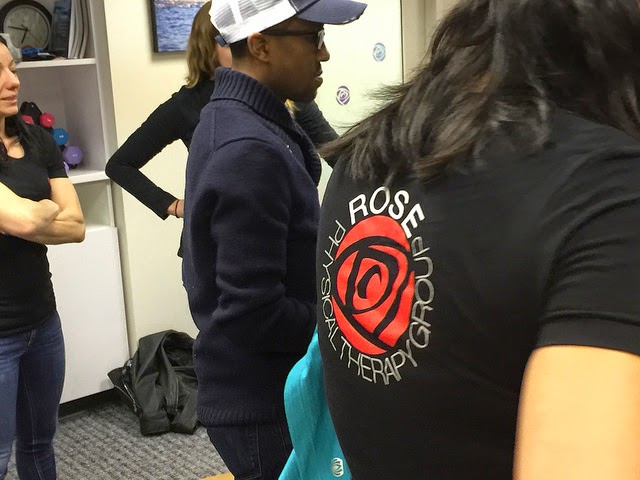 Damon had reached out to me over a year ago as a self-professed "longtime Wongstar fan" regarding potential sponsorship. We're talking at least 5 or 6 years back, when I was racing for teamTBB! It's amazing how many people connected with me over my TBB blog. Of course, due to the whole email/fanmail debacle, I didn't actually get this email until last November. OOPS. I was very flattered, and as it turns out, the timing worked out very well--I wasn't actually racing much over a year ago as I was still bumbling around trying to figure out how to pick up the pieces of my old athletic self off the ground.

This year will be much better, as I have a much clearer idea and better support system with Kevin and now my exclusive sponsor, Rose PT! I definitely appreciate the help, and have to giggle, as I am not and have not been actively seeking sponsorship since stepping down from the professional ranks. So this was a very pleasant surprise, because as anyone trying to seek sponsors knows, you ask so many companies for sponsorship (usually unsuccessfully) and it's hardly the other way around. So now we both feel special!

I have to admit that I felt like a super slacker as we were going around the table talking about what races we have on tap this year. All I have (for sure) is the half marathon in Austin next month and the Challenge AC Half in June, then the wedding (whoop whoop!) in September, and potentially a late season half IM. Sure I am thinking of putting in a couple other tris, but most of the other trigeeks had at least 6 races they were already committed to (including championship stuff, and some Ironman stuff, whew). I guess "Wongstar 2.0" is also "Wongstar Lite"! Gone are my days of racing 6-8 Ironmans in one year, but if I were to ever race that much again (unlikely!), at least I know I have the physical therapists at Rose PT to pick up the pieces of my mangled body week after week. 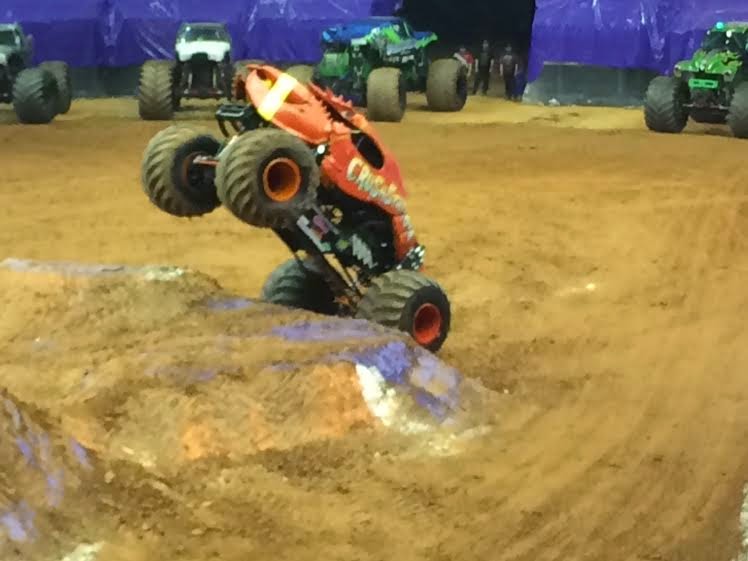 My favorites were the CRUSH-STATION, which looked like a LOBSTER, because who doesn't love an awful pun? I mean, awfully amazing pun! ...and the GRAVE DIGGER, which we had passed by when we were at the Outer Banks a couple years ago when me and Amy did our first ultramarathon. 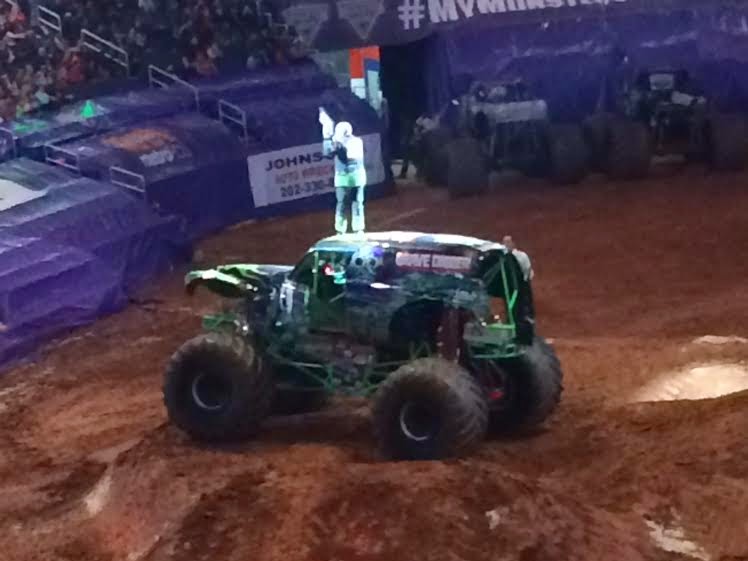 So Saturday night was very relaxing and I was also pretty pumped up after meeting the other fast athletes and such a supportive sponsor. I think that helped me get into a better "head space" and I rocked my long run today. 13.1 miles is definitely the longest I've done since October, so it's nice to know I can still go the distance (no water or nutrition either). Now I just have to get in some speedier stuff in the next 3 weeks so I can at least keep up with Amy! And I'm reminding myself what the big picture is for 2015...I want to be able to run 1:35 off the bike, so I should be able to do that on "fresh legs"! Time to get it this week!