Previously, on The Sandbagger Chronicles....


Oh, so much excitement. The trip to El Salvador was more amazing than last year, by which I mean I was less overworked and had more fun--yet still saw and helped more patients than we did last year. This was thanks in part to bringing one of our IPO residents, Brittany, who really helped me tackle the patient load. Me and Derek returned after last year's adventure, armed with experience and more supplies that we figured we would need. (Every year we leave, with a new list of "what we need for next year.") 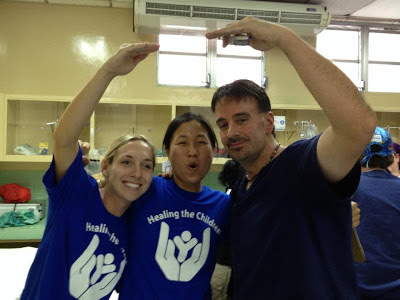 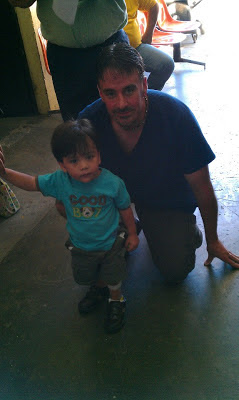 Same deal as last year--we went with a team of surgeons, representing the Healing the Children organization. There were also OR nurses, scrub techs, and an anesthesiology team. They would perform surgeries for kids with various leg and foot deformities, and "Team O for Orthotics" made braces for the kids who were either not surgical candidates, post-op braces for the kids after their surgeries, or updated new ones for the kids who had surgery in previous years and outgrew their old braces. 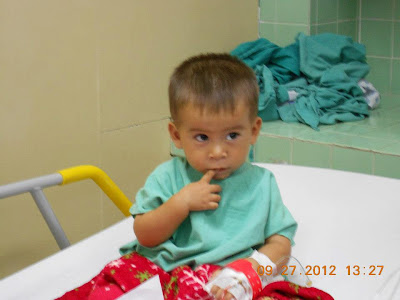 The kids were SOOOOOO adorable! 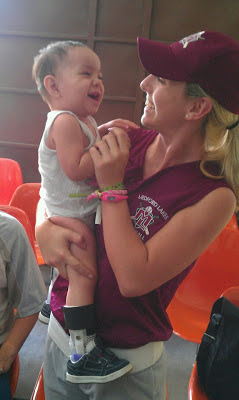 More photos can be found on the Independence P&O facebook page... more on my phone camera need to be uploaded. 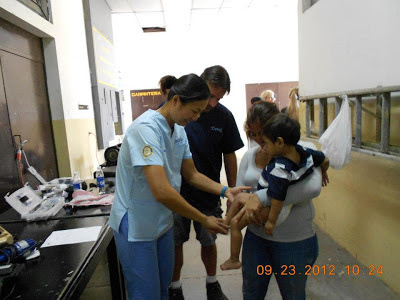 Don't let the baseball uniforms confuse you! Me and Brittany wore them for entertainment value, for the kids. Of course most of them were more confused than amused. We were at the same military hospital in San Salvador as last year, hence the military docs: 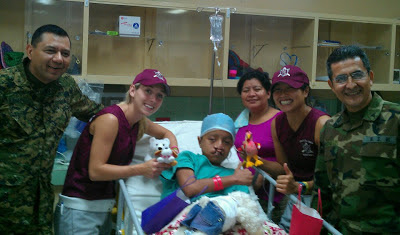 Of course, now I'm less than a week out from Halloween, maybe I should've taken that baseball uniform home...I've been so busy I haven't had a chance to make something as sweet as the Buzz Lightyear outfit I had last year.

I haven't had much time to train either. Not much training during the El Salvador mission, not much training in the two weeks afterwards. I signed up super duper last minute for the Cape Henlopen sprint triathlon and pulling off a win on little training like the Diamondman and Barathon was fairly unrealistic. I took 2nd place in my age group and 15th woman, thanks in part to my embarrassingly slow transition times. Still, it was a really fun road trip with my fellow Tri-Dawgs and my first time swimming at a Delaware beach! Now I can chill for the off season...

As for how Ultimate Frisbee is going, I find it strange to sprint around in cleats, and catch and throw things, and run backwards and sideways. And team strategy? What a strange concept! I am not too terrible all things considered and have even managed to score a couple points and intimidate the other women.

I also decided not to sign up for Eagleman 70.3 and instead me and Amy are doing our first ultramarathon together--the Graveyard 100km at the Outer Banks in March!

It will be exciting! There is also a 100-mile option and while we were pondering which to do (neither of us has ever run more than a marathon, just multiple Ironman marathons), I declared "GO BIG OR GO HOME!" (100-miler!)

And that is the story of how we signed up for our first ultra.
Posted by Jocelyn Wong Neill at 10:06 PM