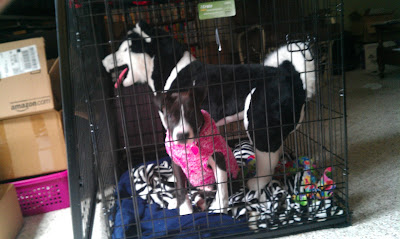 Wednesday morning. Day off. That's right, I still only ever work 2 days in a row. Originally so I could still go about training like a crazy pro triathlete whilst holding down a (technically) full-time job. That didn't last long, but my work schedule has stayed the same.

I am still resisting going back to a completely normal life. I am still holding onto the belief that I am an awesome athlete capable of extraordinary things. Wednesdays have become private lesson day with Mr. Miyagi, expert race walking instructor. I've been telling people I will get to the 2016 Olympics. The more I say it out loud, the less stupid and ridiculous it sounds. I got my first training schedule 2 weeks ago. Yes, it's purposely blurry so that all the training secrets are not revealed. 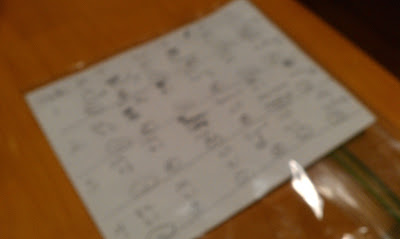 Mr. Miyagi had to cancel at the last minute today, but this last week has been rough anyway. I've got a good case of New Puppy Exhaustion (NPE). At first it was just real physical exhaustion, as she couldn't sleep through the night without squealing to go the bathroom at 3am, or scratch at her very jingly-jangly collar full of noisy tags at 1am. Now it's more the mental exhaustion of never leaving her unsupervised. We considered getting two dogs so they can keep each other entertained...luckily she has Winston, her older brother/imaginary puppy friend. She loves wrestling with him and sometimes I imagine they're like Calvin & Hobbes... 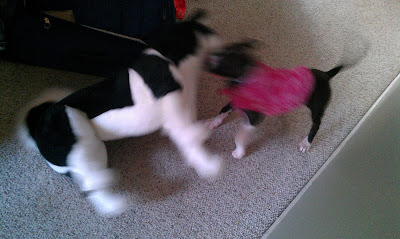 She is still delightful and adorable, and full of love. And trouble, full of trouble. And visibly growing bigger every day. I'm telling people she is a Boston Terrier/Lab mix but she could be anything since we rescued her from a shelter and a life of crime.

At least today I get to catch up on all the normal things that NPE makes me too tired for. I can write a couple blogs and finish cleaning after our Super Bowl party, get groceries, do laundry, have another attempt at a Paleo pizza. Socks did really well last weekend when the Sherpa's college buddies came over with their small children and Oreo cupcakes, decked out in her 49ers jersey...oh, and of course we watched the Puppy Bowl before all the guests came over! 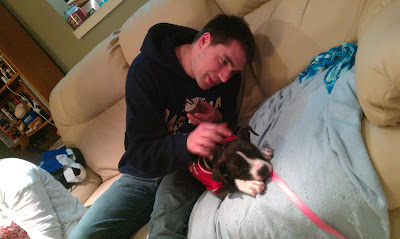 I think we've been doing pretty good as far as parenting and training...she isn't allowed to eat "people" food and doesn't even beg for it at the table. We can basically have her hang out on the couch with us while eating a snack and she isn't interested. Hooray!
Posted by Jocelyn Wong Neill at 10:02 AM