It’s now been 2 weeks since I pulled a 23-mile long run out of my butt after taking 14 months postpartum to get to double digits. I had only hit 10 miles as my long run 3 weeks prior…then increased that by 230%! I did not get catastrophically injured, so I have lived to tell the tale. As legend has it, Team RWB has the Taji 100 mile challenge every February—where we are challenged to run/walk 100 miles during the shortest month, when morale is also low because of less daylight. I have also had my eye on returning to the JFK 50 this coming November, and registration would open up at midnight on March 1st.

Great! If I could complete my Taji 100 by the end of February, I was signing up. I was also motivated by my plan to put together an Asian-American dream team for JFK—I’ve always wanted to captain an all-Asian-American women’s team for the team competition.

But with 3 days left, I had only hit 64 miles. And that was counting all my half-mile dog walks too. EEEE. I was lamenting to Kevin that “I guess I can’t do it this year. Maybe I’ll do the 100 miles in March instead.” And he jokingly said “or you try to do it all in the last days…” but oof, you never joke like that to an ex-pro Ironman triathlete and out-of-shape ultramarathoner.

Challenge accepted! He clarified that he was joking… but I was not.

I meant to run 5 easy treadmill miles, then maybe a 13- to 15-mile long run, and maybe some longer dog + stroller walks and a dog jog if needed. But I loaded up my trusty ole Camelbak (after pulling it out of storage—thank goodness I didn’t have moldy bladders and straws), filled it up with Skratch and snacks, and planned to go super slow and easy. “13 to 15” turned into “maybe 3 hours, or 18 miles”, which turned into “well if I’m going to turn around at 9, I might as well turn around at 10 and get in 20”. 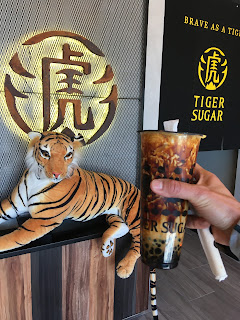 I motivated myself with the prospect of getting a boba drink at one of the many in downtown Newark, which was on the way home. For motivation and accountability, I posted some sporadic updates on my Instagram story, which was kind of fun because I hardly do that sort of thing (and personally believe I would’ve killed it as a pro triathlete influencer back in my day if we had IG!). 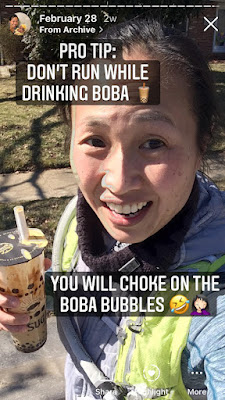 I got my boba around mile 19 and it was mile 20.5 when I got home. And I had 30 minutes before I needed to pick up Ainsley from daycare….SOOOO I figured “F*** it, let’s GET ‘ER DONE!” I didn’t really want to have to go out again for a 3-mile stroller walk.

And I didn’t die. I got the “I did something epic” soreness in my legs for the next 2 days and it was amazing. I caught a glimmer of the athlete within me that had existed before becoming a Mom, and it was so nice to see her again. It was fun! I have really missed my long run adventures that I used to go on back when I was a pro Ironman triathlete—all I did was marathon-distance runs.

More importantly, I can start wrapping my head around training longer distances, because I feel like I am actually CAPABLE of it now. Apparently I’ve missed “new blog Tuesday” 4 weeks in a row because it was literally just my last post a month ago, where I said I “can’t quite wrap my head around” training for a half ironman or 50-miler.

So of course I was excited to sign up for the JFK 50 later that night! Yep, I set my alarm for midnight. And then I thought "nothing says you're ready to sign up for a 50-miler like randomly pulling a 23-mile run out of your butt!" 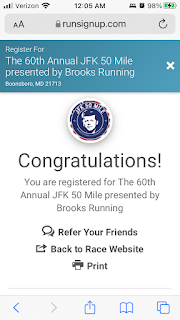 And by International Women’s Day last week, we got our Crazy Fit Asians team all registered and kinda made a press release about it! So BOOM! Here we go! 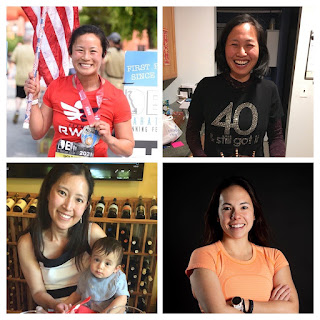