I am very behind on blogging, and need to play some catch-up before my big race on Saturday. YIKES! It's already race week for the Beach2Battleship half! Well, what better thing to do during a taper week than catch up on blogging...

Since the last update, we took a trip home to California (where I ran a cross country race for the first time in 16 years), came home just in time to leave again for a girls' weekend (which included running another half marathon), then there was the Army 10-miler which was right in town.

We'll start off with the trip home to California! The main event was meeting my first official nephew, little Harvey. I was awfully awkward holding a 2-week-old baby. He is super adorable though! Still can't believe my baby brother has his own baby now. :) 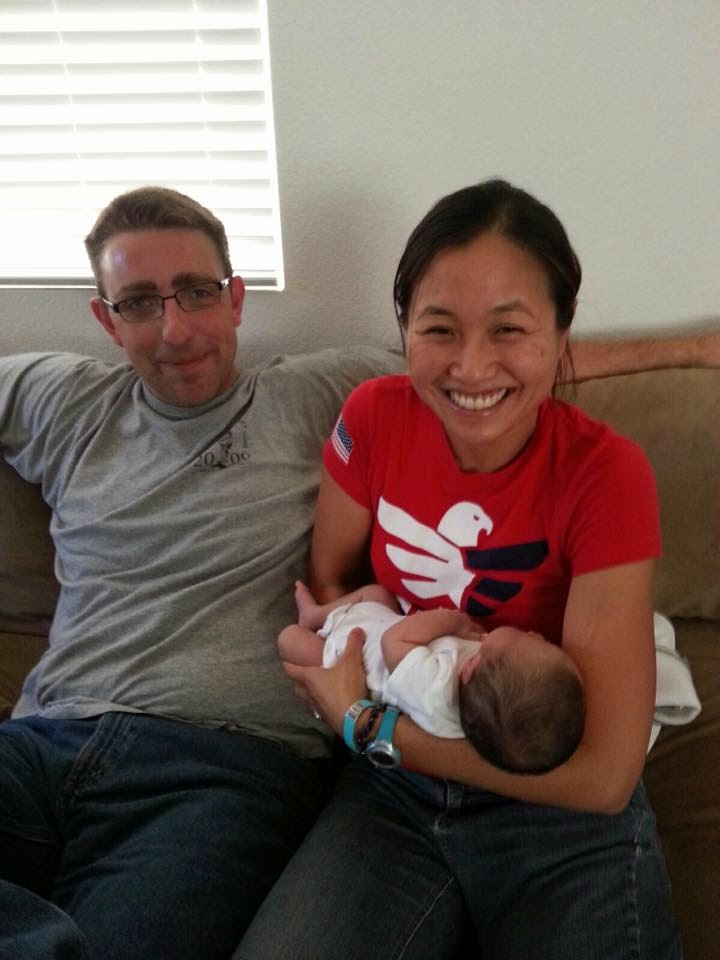 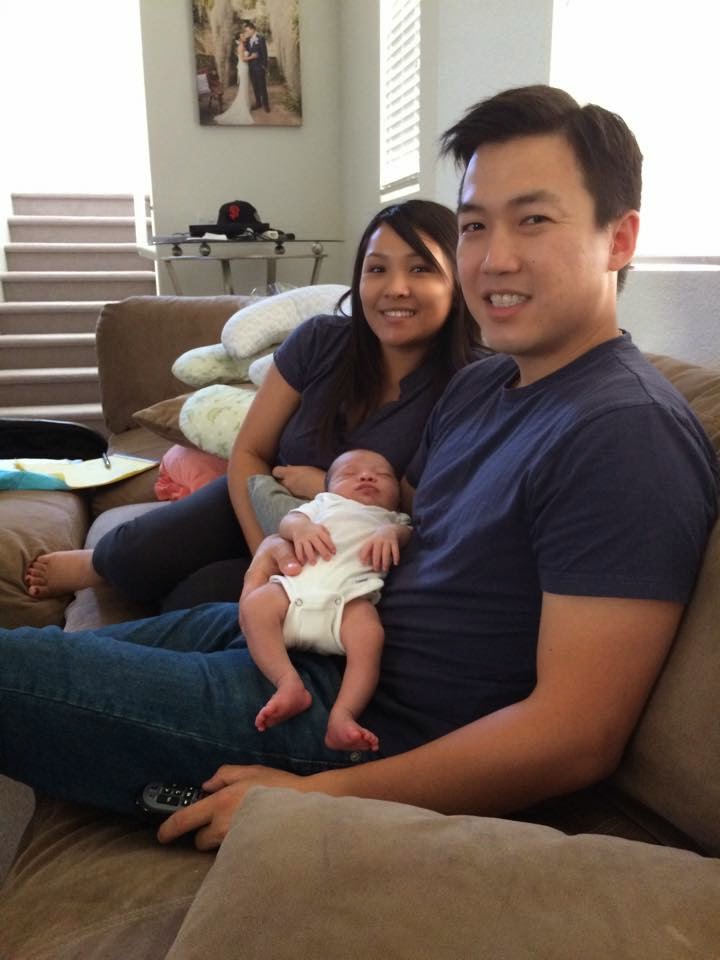 Next, we went to a SF Giants game and fell asleep by the 7th inning (this was the night we flew in and we were still on East Coast time). They had just gotten the Wild Card slot and as of this posting, are WORLD SERIES BOUND! GO GIANTS! 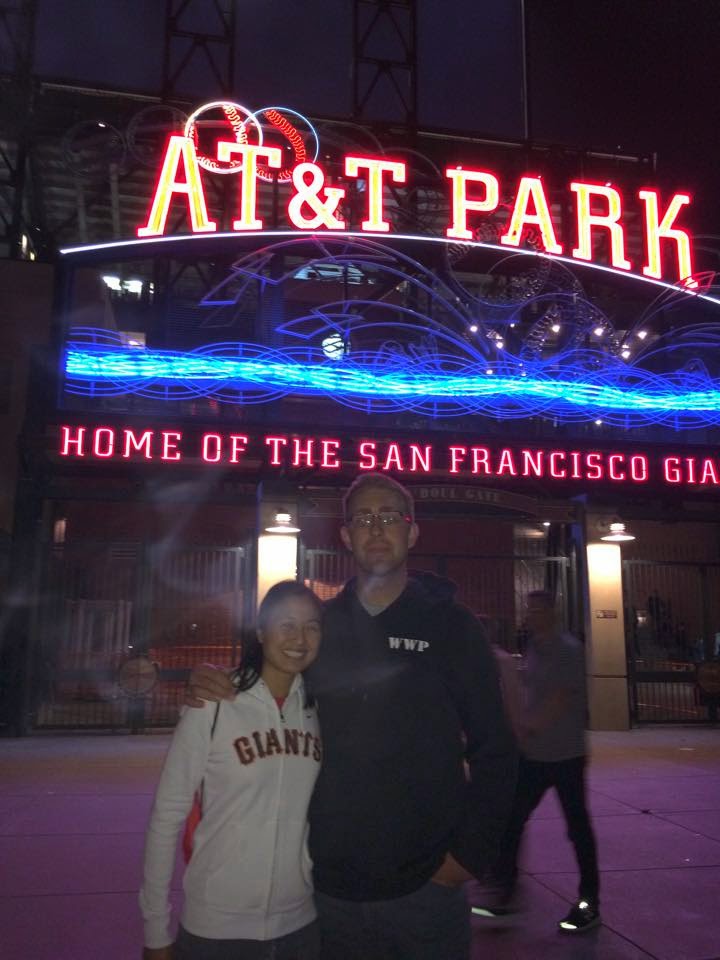 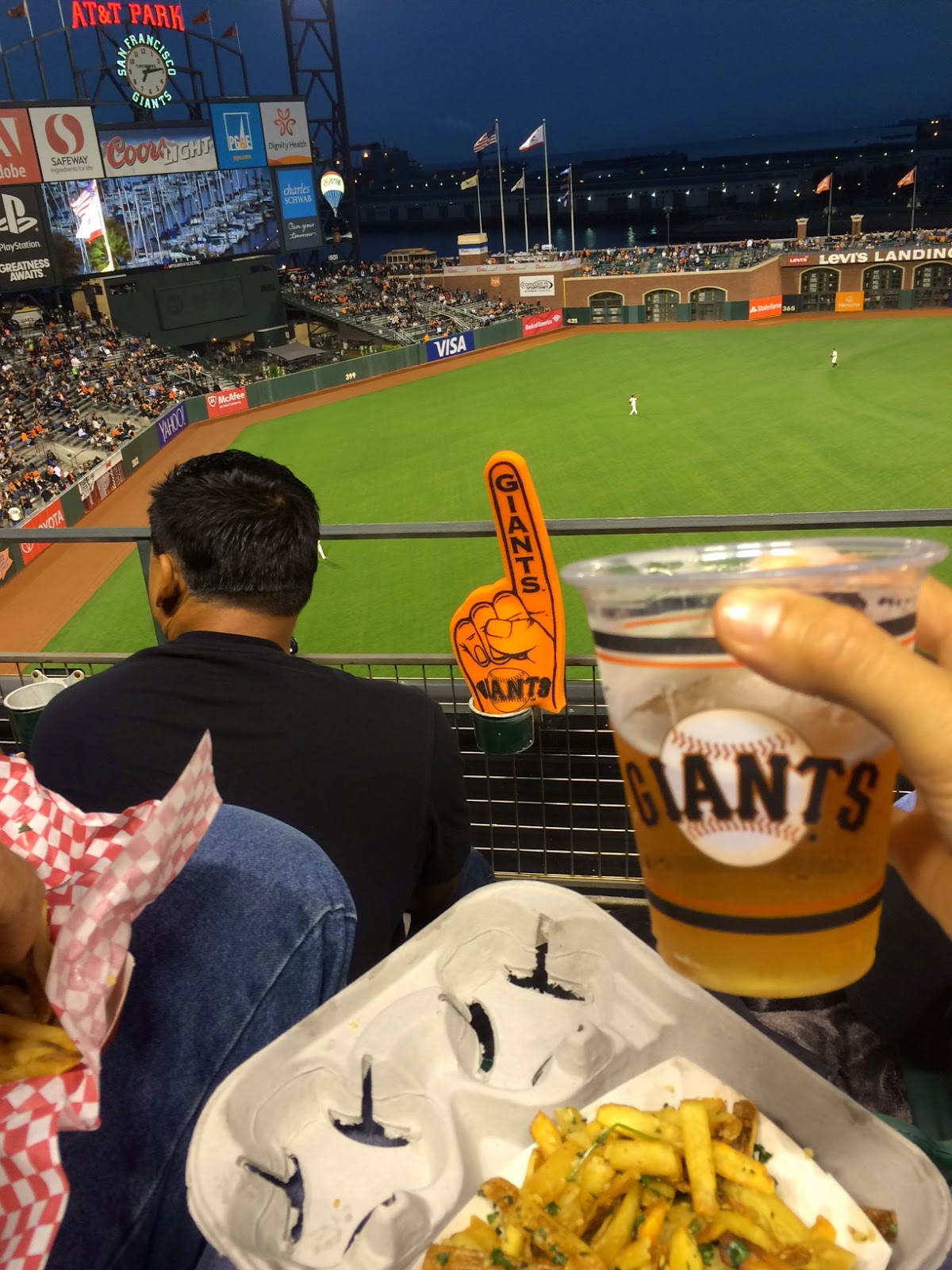 Then we took our engagement photos by Ocean Beach in San Francisco with our awesome photographer, Brian Wong of "bspot productions". We just got our proofs back and there are so many really good ones, but here are a few of my favorites! 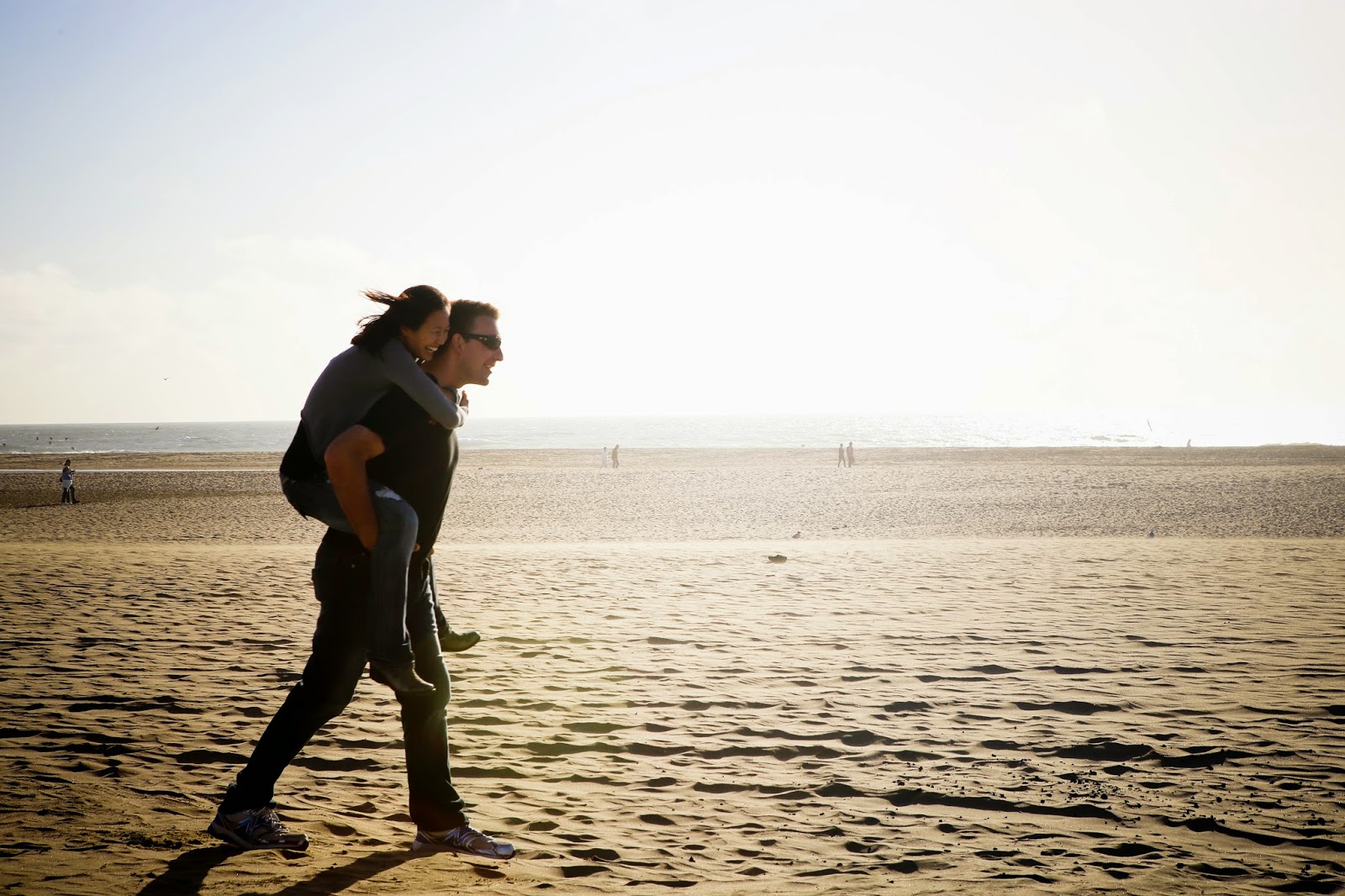 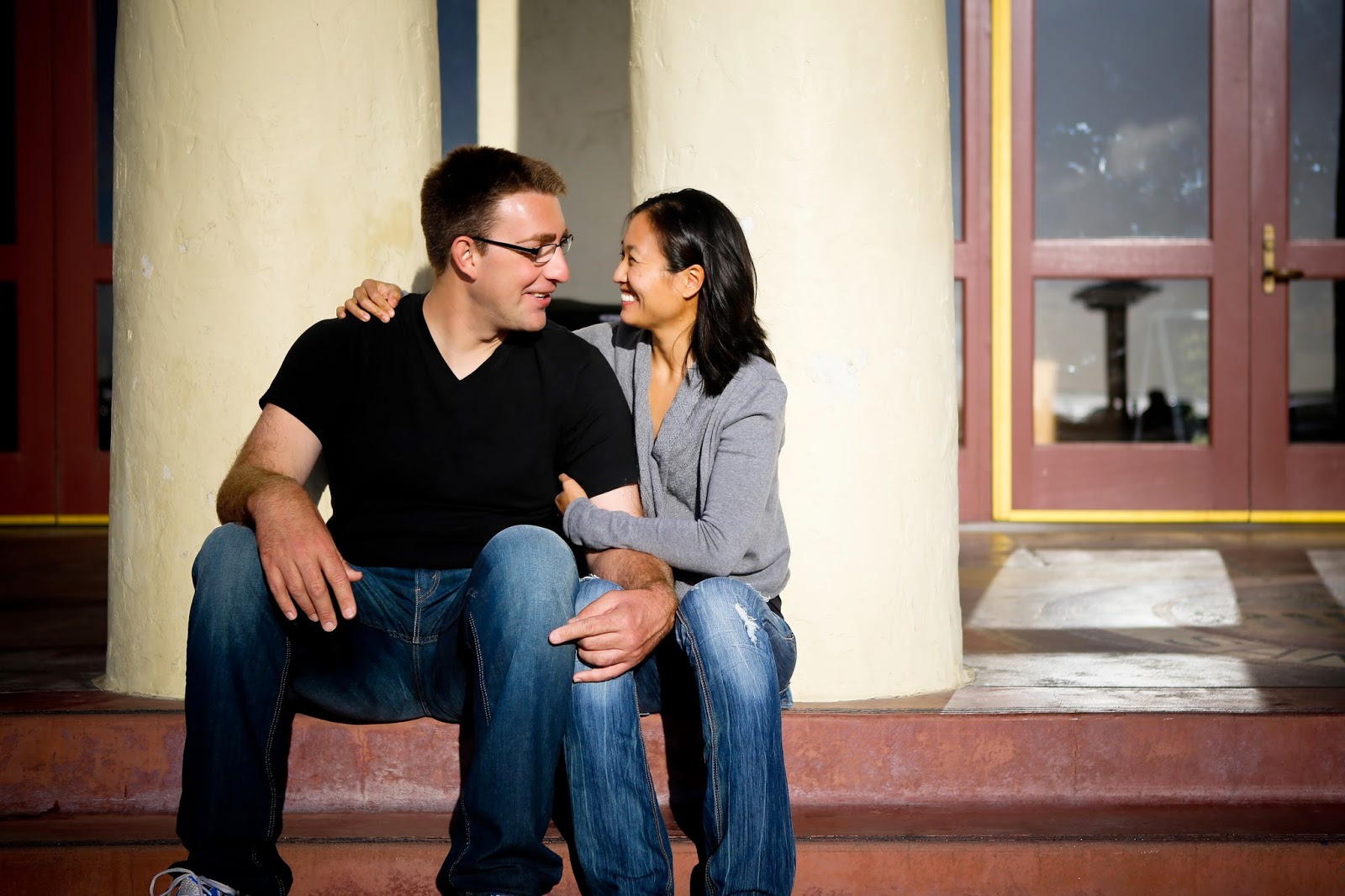 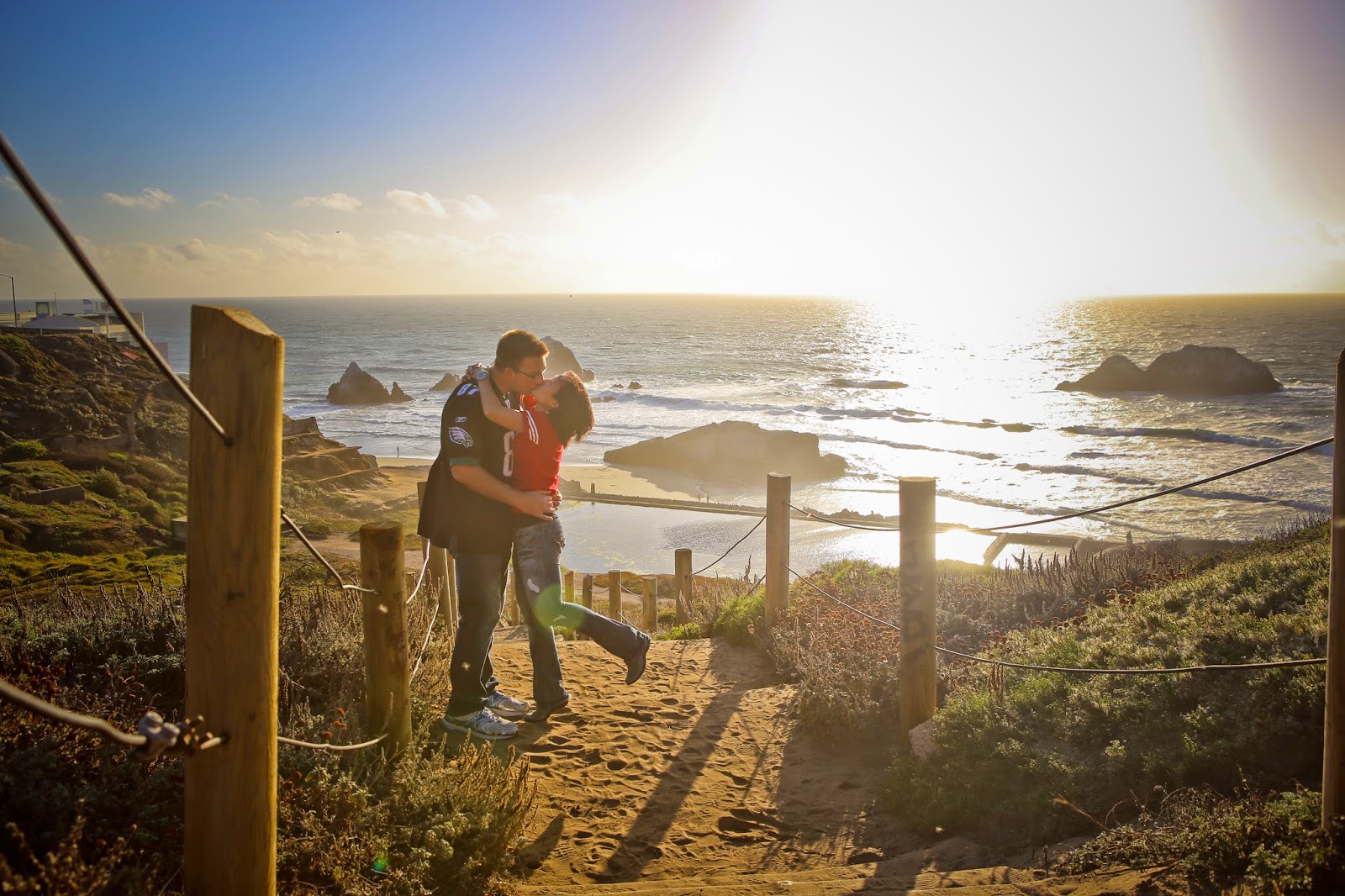 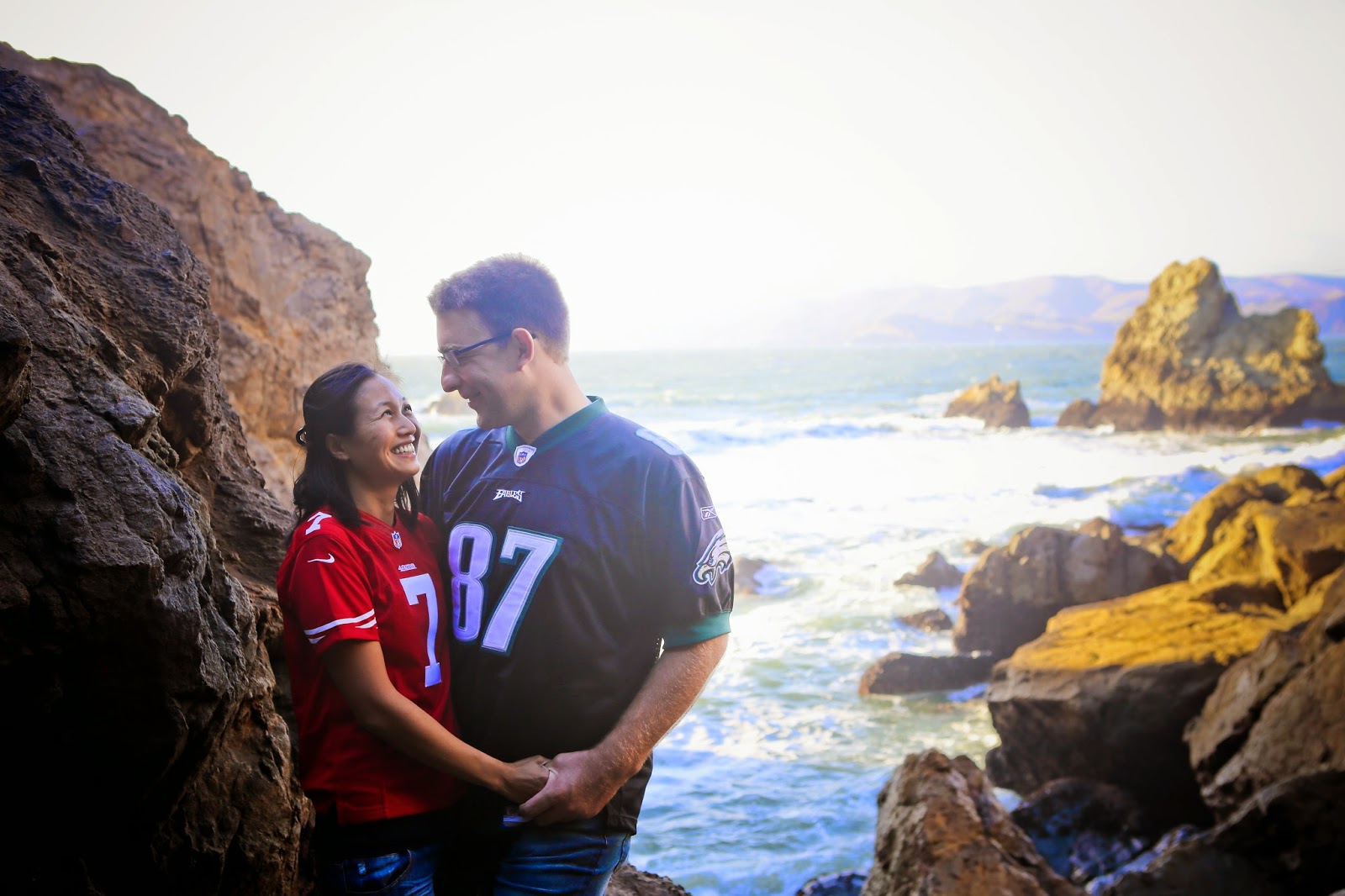 Saturday morning, I was talked into a cross country race at my old high school stomping grounds. My mom still runs the snack bar at the Ram Cross Country Invitational, even though my little brother graduated over a dozen years ago. They redid the whole track after we had all graduated, so it's now a nice all weather track with flushing toilets and a full snack bar with kitchen and electricity. SO FANCY! Back in my day, we ran on a dirt track and had to go all the way up the hill to the gym if we had to use the bathroom. There weren't even porta-potties.

﻿
I was a bit freaked out about the whole thing, as I haven't trained for 2.4-mile running races (yes, it's a weird distance) that go up and down ginormous hills since, well, high school. But they've had a "coaches & alumni" race for quite a while, and since I've mostly always lived somewhere else in the country (or world...) when it was Ram Invitational weekend, I haven't done the alumni race. So I was actually home the same weekend and had to do it, right? Here's the race report part of the blog you've been waiting for:

I found an old retro Westmoor jersey in my brother's closet. Our uniforms from the late 90's are obselete as well, but even better, my brother had somehow snagged some from the late 70's, which is when Coach DiMaggio first started coaching at Westmoor. I realized during the race, that I hadn't raced this course in 16 years (fall of senior year of high school), and I was 16 years old back then. HALF MY AGE! That was a little frightening to think about.


So of course I forgot it was two laps around the track to start off with before heading up the super steep shotput hill. I was one of two women in the race (Remedios graduated several years before me and currently teaches and coaches at Westmoor--I actually coached with her the one year post-college I lived at home). Of course I went out way too hard on the second lap, as I got impatient going around all the guys, and then got passed up by Remedios, Marc, and Ritchie (two old friends and past teammates) going up the shotput hill.

Those super steep hills hurt. But I remembered everything Coach DiMaggio had taught us almost 20 years ago..."crest the hill", use the arms, and how I was born as an athlete on this cross country course. Those crazy steep hills forged me into the crazy endurance triathlete I am today! Every steep hill on campus was incorporated into the cross country course, and Coach regularly had us doing hill repeats (10-15x each) on every one of them. The "shotput hill", the "driveway hill", the "tennis court hill". They all still hurt 16 years later, and I loved it! 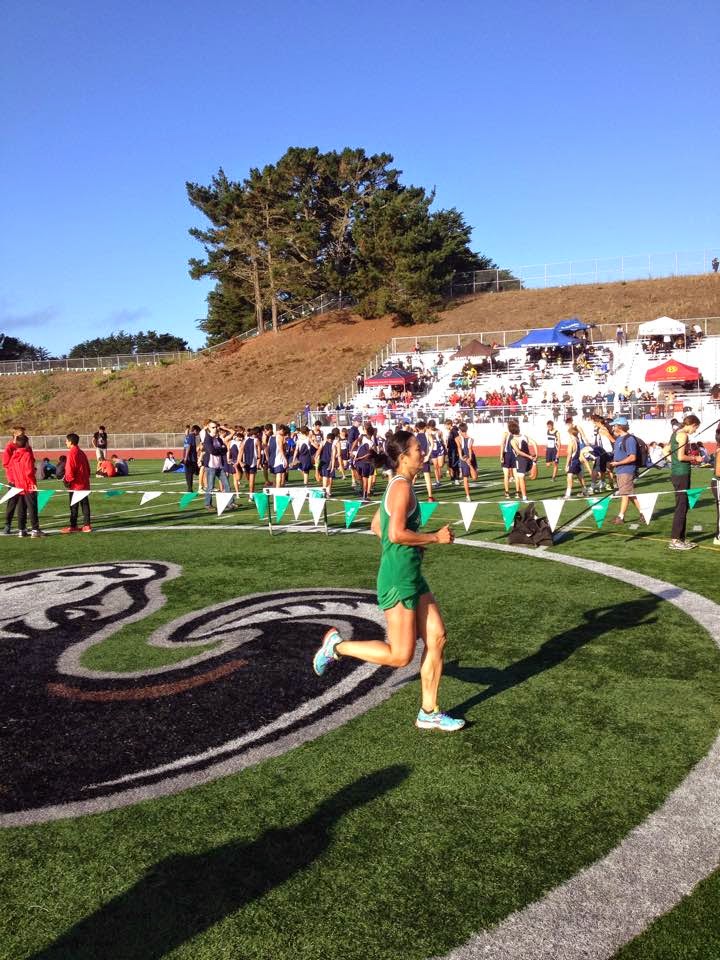 I just tried to maintain a hard pace throughout, and kept my sights ahead. I remembered the teenage me, how I knew that course like the back of my hand, and obsessed over each hill, each stretch of that course. I would eat, sleep, and breathe cross country and track. I managed to catch Remedios at the softball field and Ritchie at the soccer field, then it was downhill through the new football field (even though Westmoor hasn't had a football team since my freshman year) and into the finish.

Woohoo! Later on, I looked up how my time compared to my PR on the course. (I was a little scared I'd be so much slower.) I ran a 16:55 for a very hilly 2.4-mile race...which was only 41 seconds slower than my best time my sophomore year--from 18 years ago, when I was a pre-pubescent 14-year-old and probably 20-30 pounds lighter. All things considered, wouldn't that mean I'd be faster than my 14yo self if I weighed the same?! So I was pretty happy, considering that I'm in half ironman training mode. One day, I'll go back and smash my teenage PR though. ;)

The exercising didn't stop there, as I next took Kevin to check out the Devil's Slide trail...this is a sketchy section of the Pacific Coast Highway that they shut down and finally built tunnels through the mountain for cars to safely drive through. They turned the sketchy section of the road into a hiker & biker trail so I made sure to get Kevin enamored with even more gorgeous views of the ocean.(More like I distracted him with the awesome views while we walked the 5k out and back!) 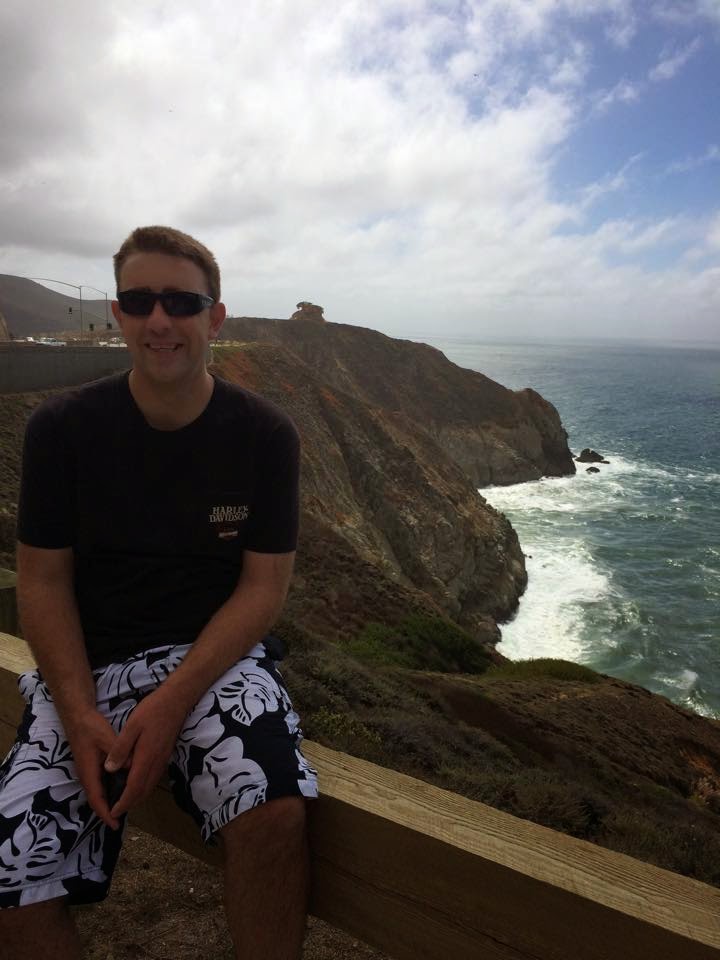 It's 1.5 miles each way and fairly steep; I kept saying that all I would need to do for a good workout would be to go up and down on my bike 5x every day!﻿ 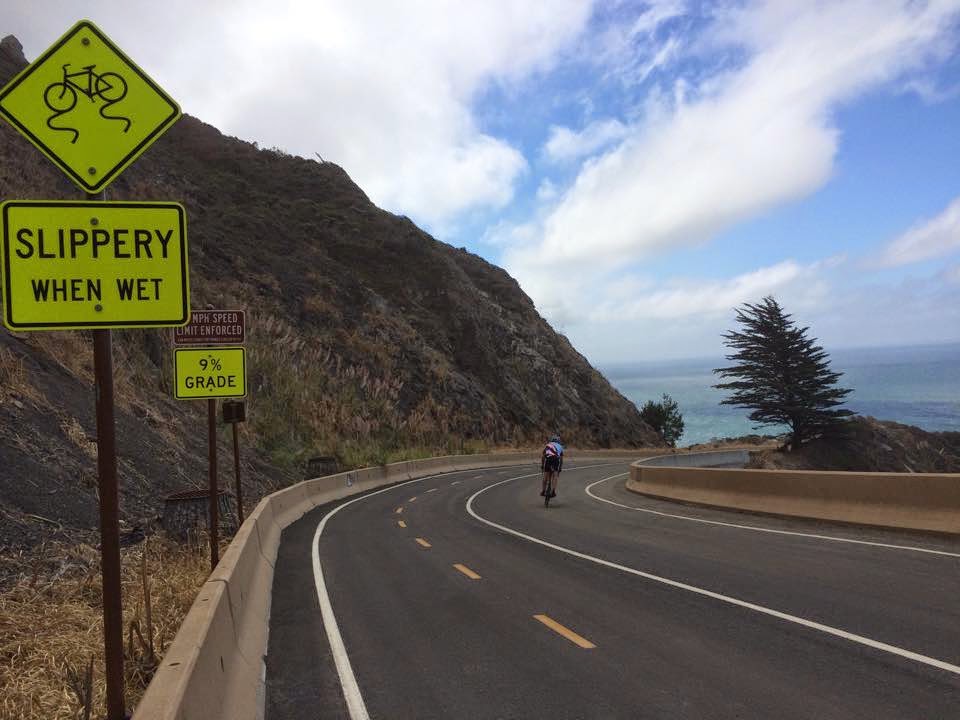 Then there was the requisite wedding dress shopping with my mom and sister... 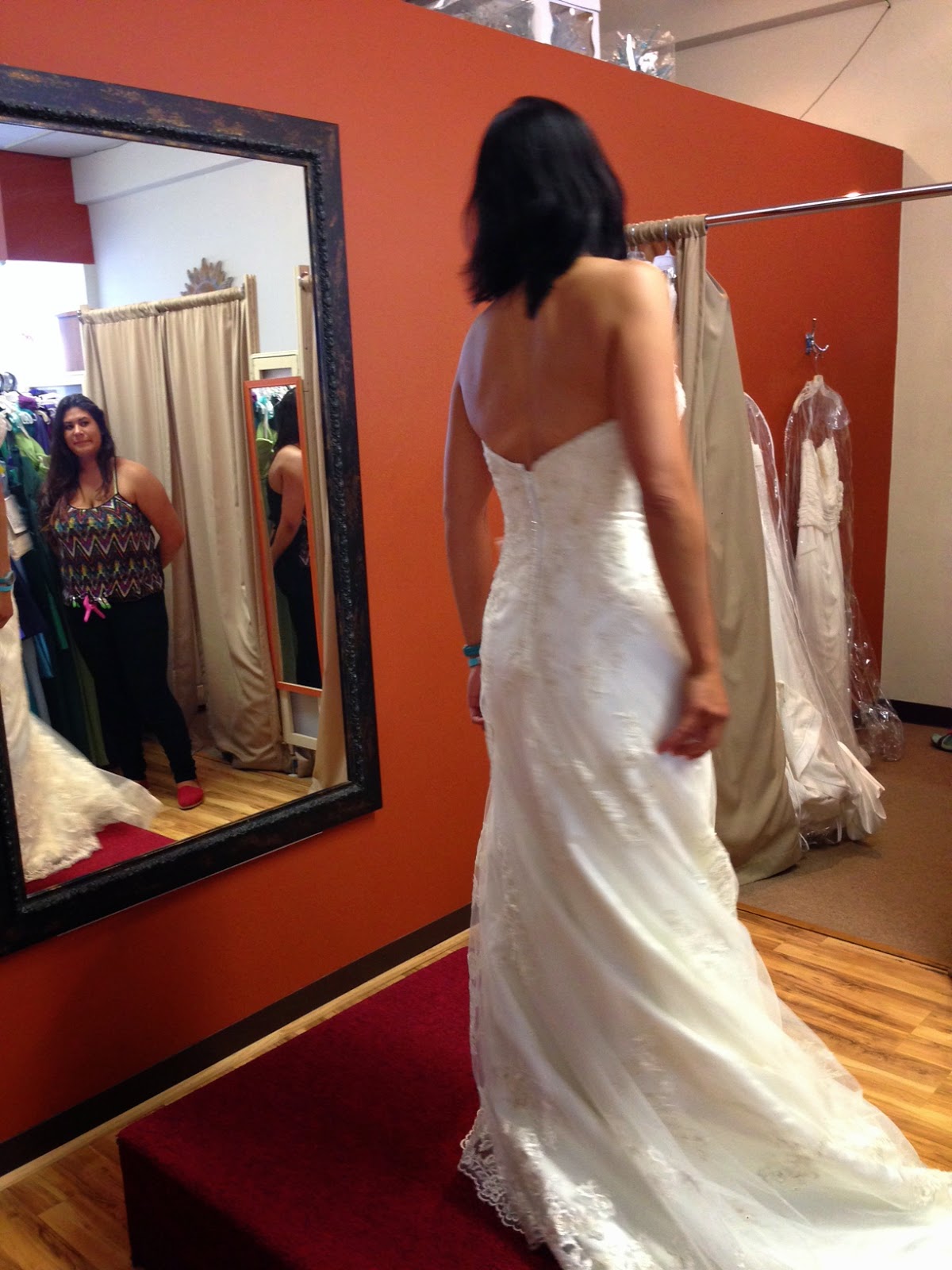 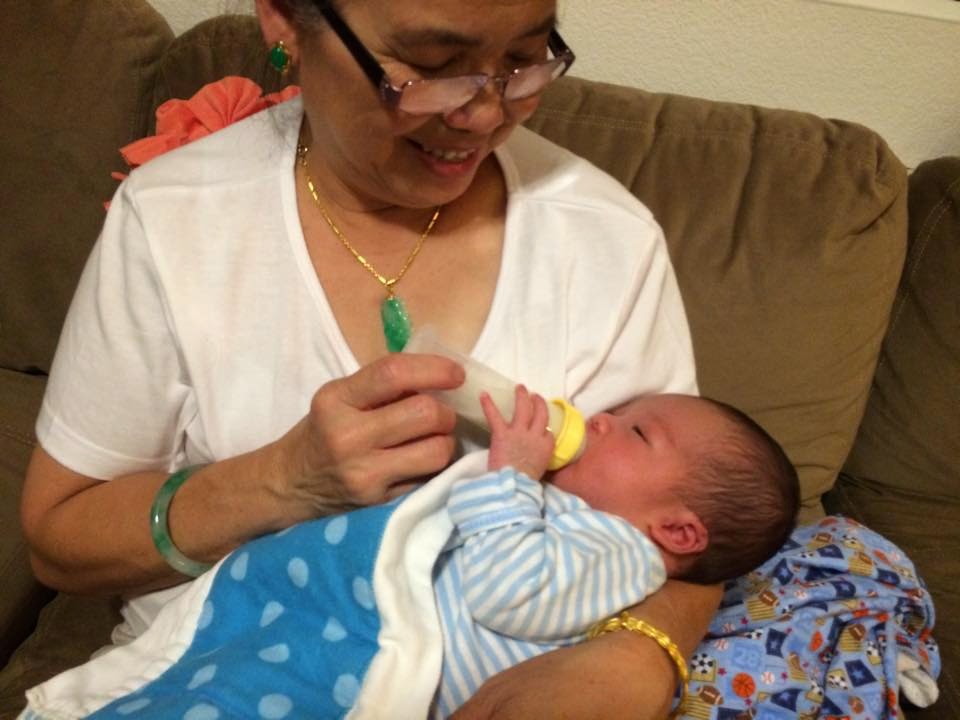 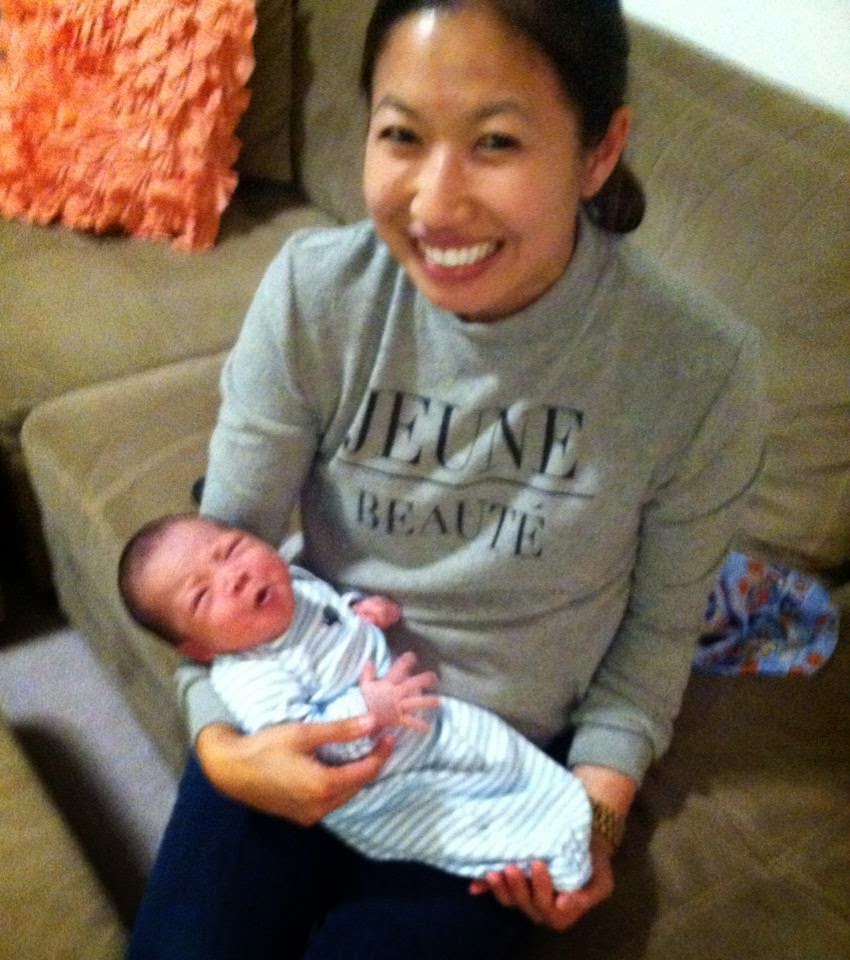 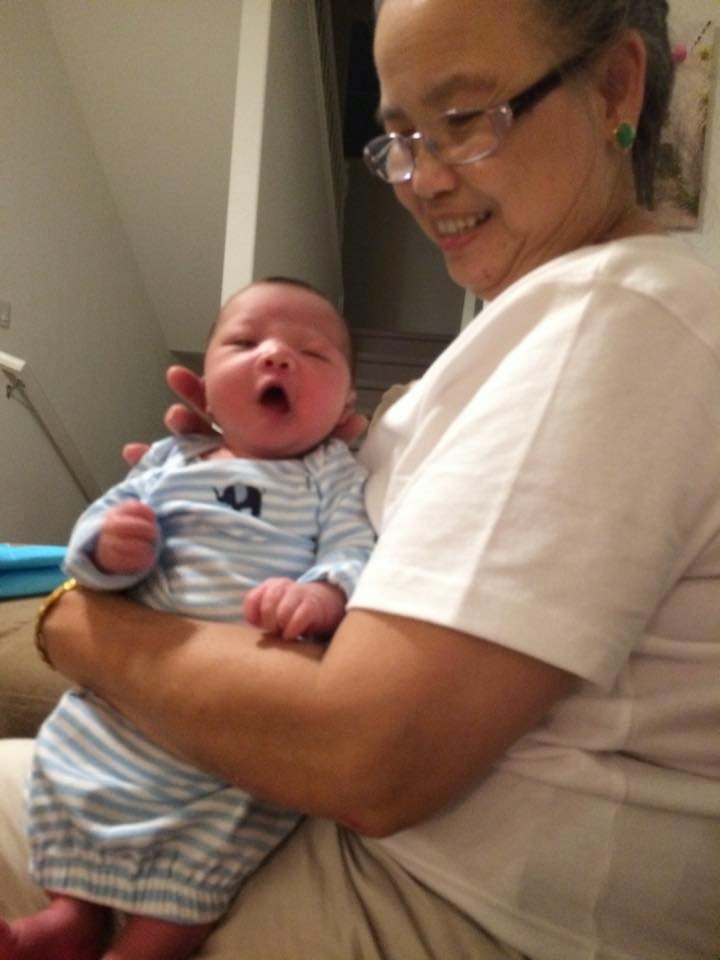 And went to my very first NFL game! At the brand new Levi's stadium, it was a 49ers vs. Eagles matchup, which was my team vs. Kevin's team. He somehow planned this California trip to coincide with the game and birth of the baby nephew. Sneaky! 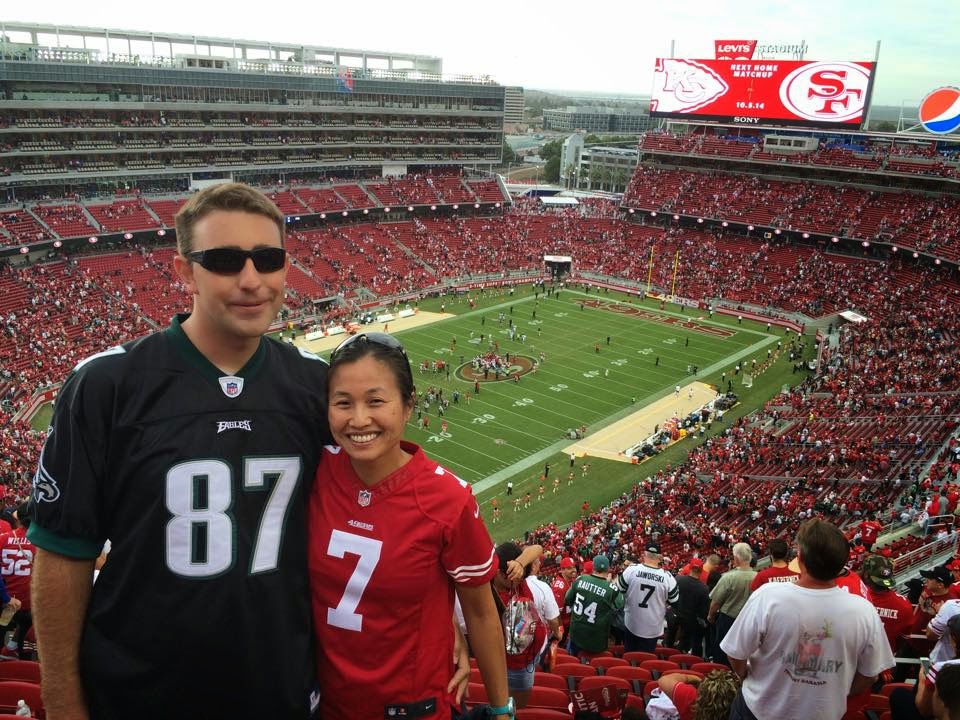 Even better, we met up and carpooled with my old Ironman pal, Larry, who fed us steak and wine. I've known and raced with Larry from my first overseas Ironman (China 2008) to my last one (Korea 2011) so it's always good to catch up whenever we are both actually home at the same time. 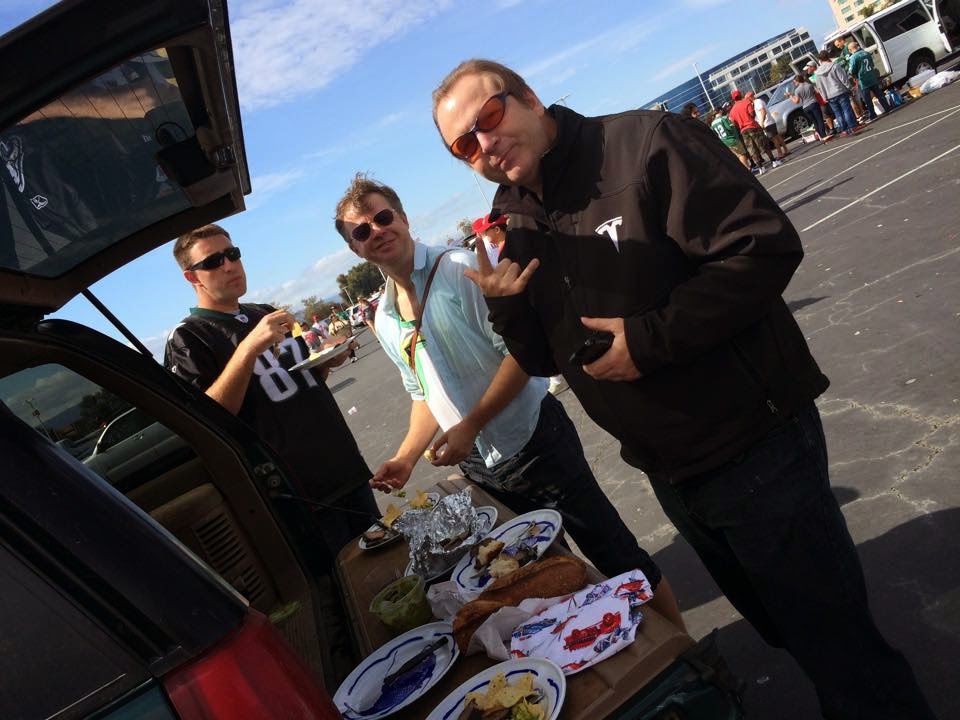 That's all for California. We crammed in a lot for only 5 days there, and it's always sad to leave and go back to the East Coast right when it starts to get colder... :( 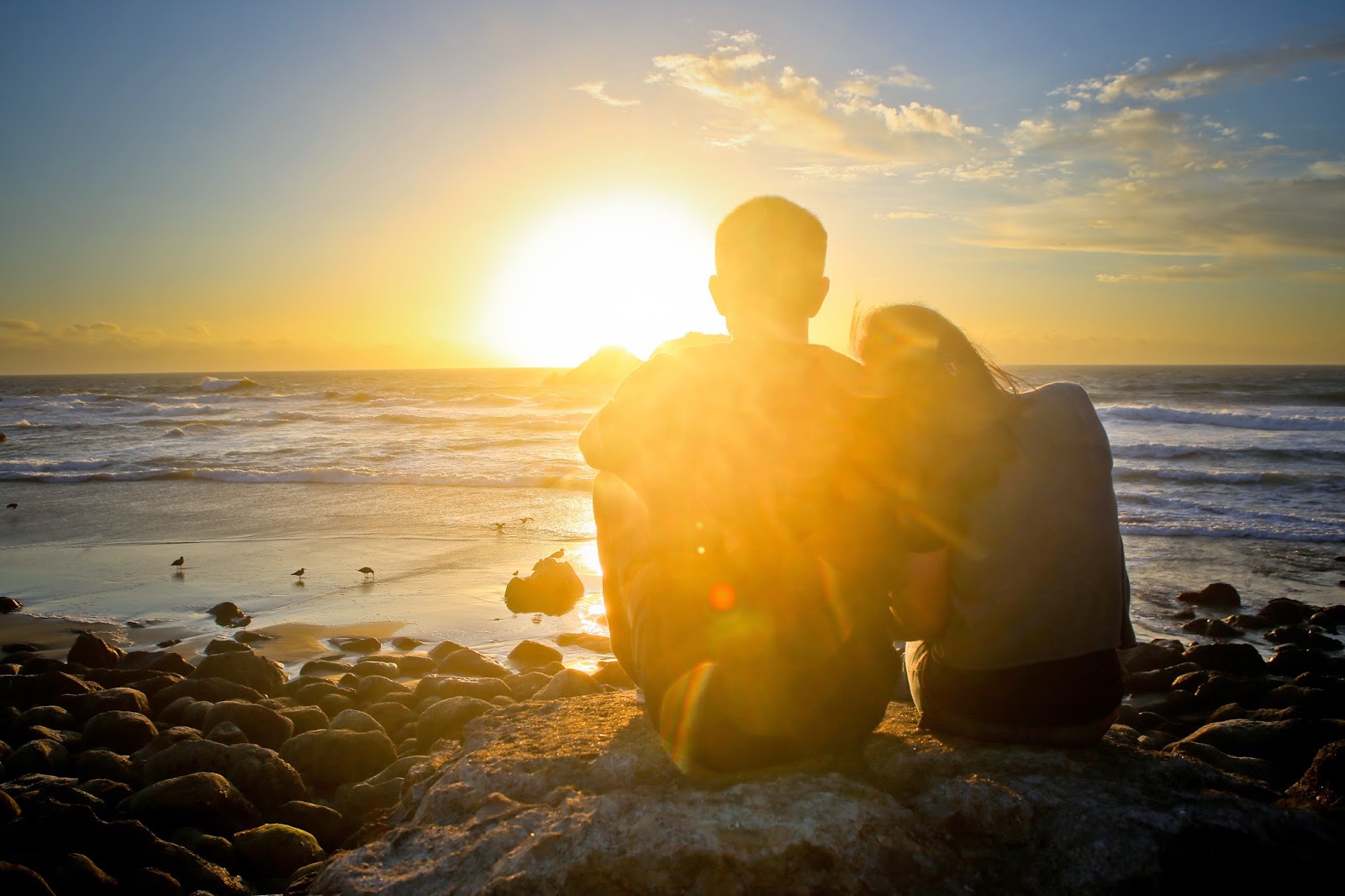