So...about 2.5 weeks ago (yup, the day after winning that little 5k), this happened: 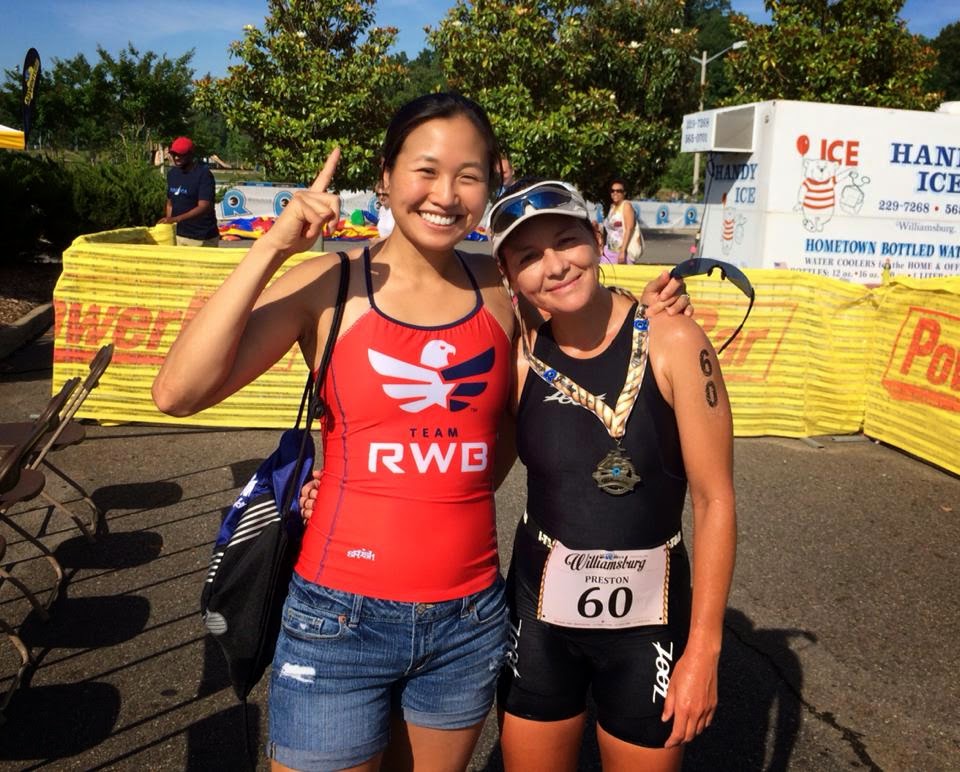 And as much as I told myself I had already done my one triathlon for the year, and that I was in full-on marathon training mode...before the end of that week, this happened: 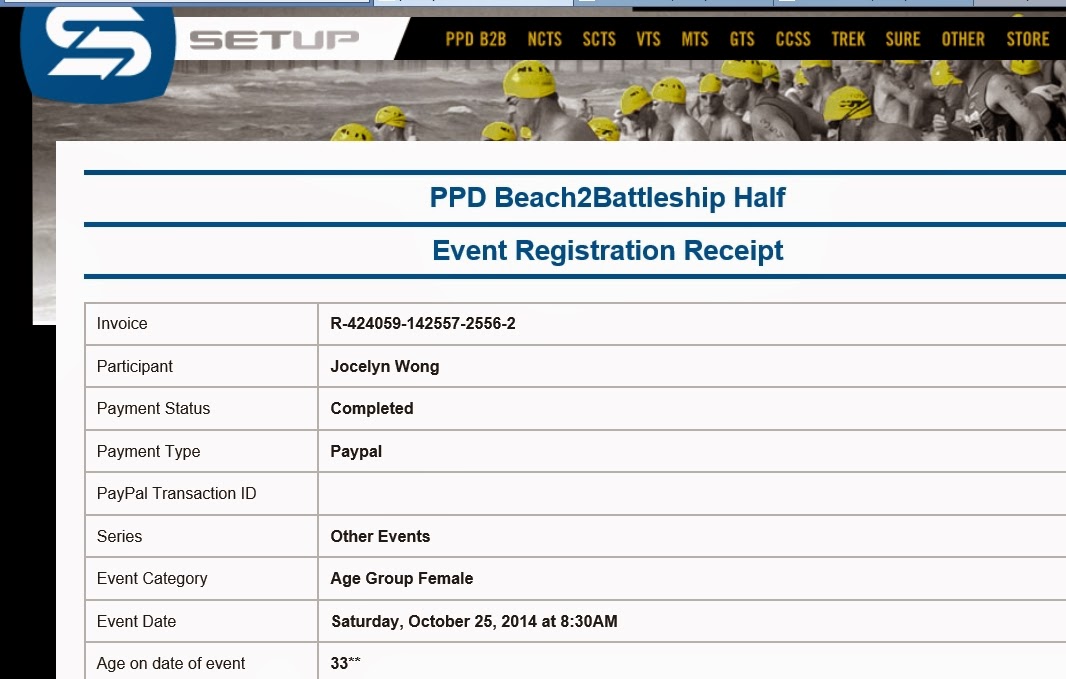 Yes. I know. I signed up for a half ironman. I still have almost 4 months to train for it. Phew.

Anyway, if you are feeling oblivious, the awesome chick in the photo above is none other than the very famous triathlon superstar, Rebecca Preston. Other than winning multiple Ironmans and finishing in the top 5 at Kona, my favorite un-retired pro triathlete is better known to me as being my former teammate, training partner, and then my coach when I first left teamTBB back in 2011. Even better, she is Australian but was the one who introduced me to American pop culture gems such as Glee (back when it was good and Finn was still alive) and the Hangover... while we were living in a dirty hole-in-the-wall hotel in Thailand. She is also still the first person mentioned in my "Thank You" tab for old sponsors and supporters.

What's crazy is we hadn't seen each other in over FOUR YEARS! We email and chat on Facebook all the time, so it doesn't seem like it's been that long. But of course immortalized in the blogging world, I think the last time we hung out with each other was when we were roommates at Ironman Malaysia in 2010, smack in the middle of my last teamTBB training camp. Life is funny, because you never know when it's going to be the last time you'll see someone for a while. I had no idea that would be my last TBB training camp ever...

So Beck was in town--well, a 3-hour drive away in Williamsburg, racing the Rev3 tri with her beau Ben, who also races pro. We got to catch up and I played cheer squad, watching them both DOMINATE...Beck was women's champion in the Olympic distance race and I was very impressed as I haven't ever seen her race. We were always racing together or at different races, or at different times. After the race, they came up and stayed in the DC area with me and Kevin for a few days, as our first houseguests at the new condo.

It was great to see how well Beck is doing--she retired from the full-time pro ranks a bit before I did, helped me transition from being a TBB athlete, and then was my mentor throughout my decision to step down from pro triathlon and beyond that. She herself works as a speech pathologist in Australia these days while doing triathlon for fun...of course she is so fast, she ended up getting her pro card back.

I guess spending several days with her made me realize that everybody can do triathlon on their own terms; it's okay to still race as an ex-pro if you figure out how to balance the training (and expectations) right with working your grown-up job. Of course her visit happened to coincide with my body feeling disgruntled with running miles only (I was starting to throw in some bikes and swims to offset the impact of increasing run mileage) and my realization that yes, of course I am still very much performance-oriented. I can't even step up to the starting line of a 5k or Olympic triathlon without "going for the W". And I've always known that having a weak swim but very strong bike/run combo makes me much more successful at a half vs. Olympic distance--the swim is only 400 meters longer but the bike and run are more than double the distance.

And Kevin is a very supportive future spouse who encourages my triathlon training (keeps me happy and not fat). And the training for a half vs. an Olympic is really not much more, other than slightly longer hours on the weekend. And then of course my neighbor and triathlon friend Carmen wanted to do a late season half IM too (she did her first one at Eagleman 70.3 last month). 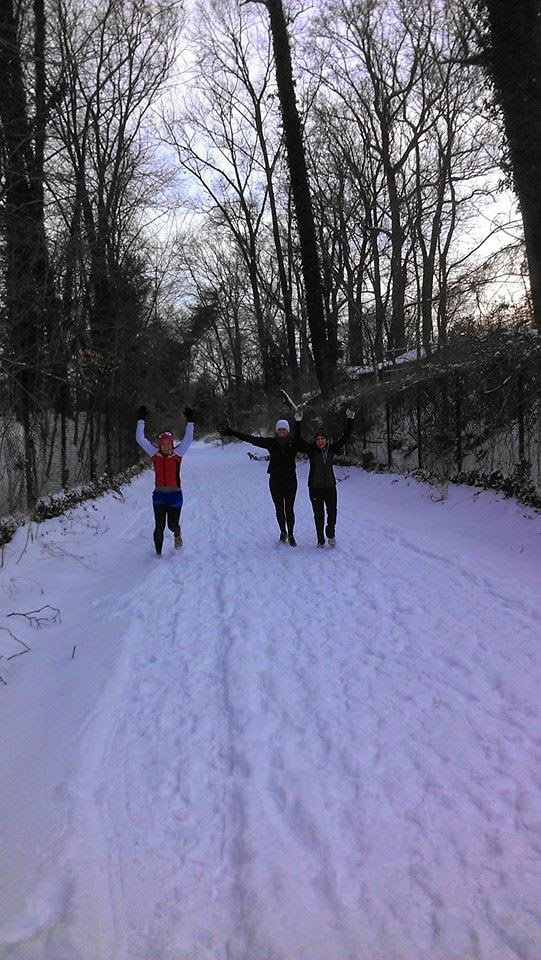 With all this coming to a head, me and Carmen both clicked the button and on October 25 will be racing this one:

It'll be a 6-hour road trip to Wilmington NC, with a dedicated training partner and support crew, and of course 16 more weeks to train, and...perhaps a DOWNHILL SWIM! There is still that marathon we signed up for 3 weeks before B2B, which we have another month to decide if we're going to downgrade to a half marathon or maybe do a very easy first half and very speedy negative split second half. And there's still a wedding to be planned (for next September), but at least I have a plan to get me into wedding dress shape. :D
Posted by Jocelyn Wong Neill at 8:03 AM