Last week I was in Atlantic City for the first time for a work conference. Our host hotel was at Park Place and the Boardwalk...sound familiar??? 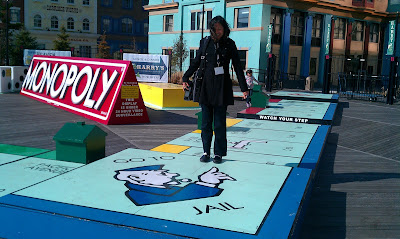 When I played Monopoly as a kid, I was always the shoe...my sister was the top hat...and my brother was the race car. What were you? 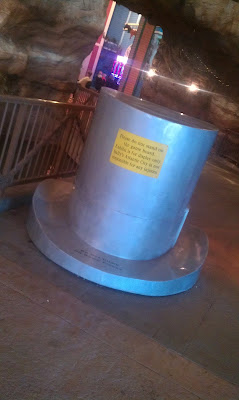 My sister wasn't there, but I took a photo in case she wanted to photoshop herself into it. 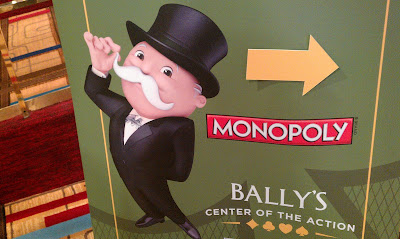 I did in fact find the shoe! 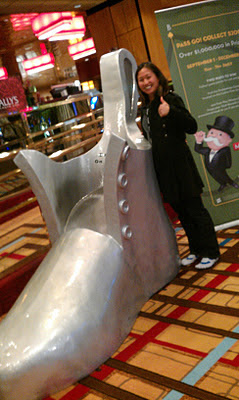 and the race car! 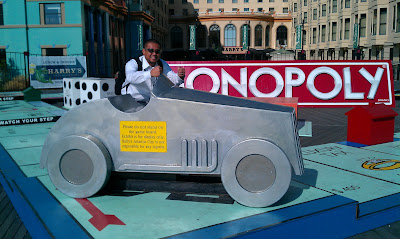 I thought it was really cool actually. I've been to Vegas several times (and lived there one summer)...this was like a more condensed version right next to the beach. Another hotel we were at was decorated all Roaring 20's like...just like being in Boardwalk Empire! 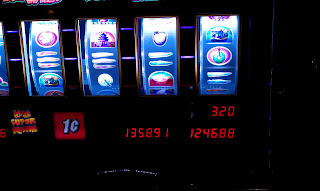 I did lots of learning on this trip. (Aside from all the work stuff, obviously.) I learned you can actually win $1,246.88 on the penny slots (!!!)--wouldn't have believed it if I didn't see it with my own eyes. I blew a whole $7 on those stupid penny slots before I womanned up and starting betting some of my big girl money. This was NEW & EXCITING since I've never really been into the whole gambling thing. 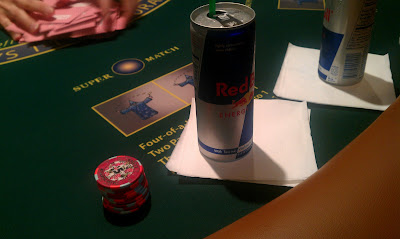 This was the new-ish game "Blackjack Switch". I liked it because I doubled my money one time (from $50 to $100!) and also because there are two wizards on the table...one is Dumbledore and one is Gandalf. They are twin brothers, didn't you know?

I also learned that there are certain rules in the women's bathroom (but reportedly not the men's): 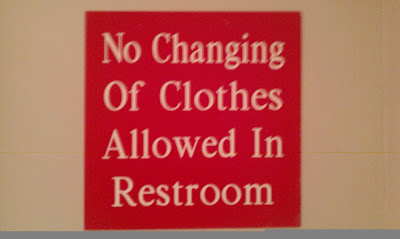 Also, there were a ton of Asians and they are the best at gambling. Because we are super good at math. I ended up winning because I made sure to sit next to other Asians and they were happy to help a sister out. In fact there is a whole marketing department devoted to us: 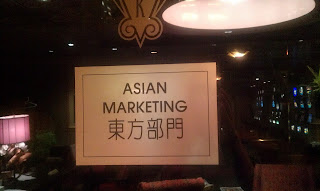 I did start to get tired of my blood pressure staying up so high from betting $20 per two hands (Blackjack Switch makes you play 2 hands at a time for a minimum $10 bet each, but you're allowed to switch the top cards if you want), and I wondered why they don't have a casino where you get to play fun games like Connect Four or Chutes & Ladders or Operation for money. I heard a rumor that some casinos have UNO tables. Reverse! Skip! Wild card DRAW FOUR! If I opened up a Casino, I'd totally have a Connect Four table!

So instead my coworker took me to an arcade where we got to play with quarters. So many games and fun for under $5!!! I played Skeeball and other silly games (there was punch-the-alligator-heads too) and won enough tickets to trade them in for a rubber ducky. 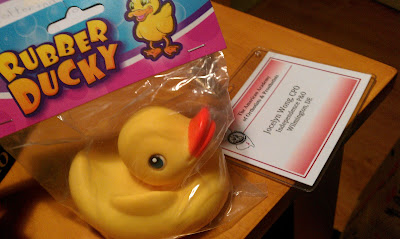 I was pretty excited.