So I absolutely killed #11 on my 19 During COVID-19 List... and by “killed” I mean “blew off so badly I might as well remove it from the list”. HA! You know, the one that said “blog at least once a week”. I still haven’t learned my lesson from last year’s goal of “update Wongstar blog once a month.” 😂

But in other exciting news, I have been interviewed by not just one, but TWO, podcasts! Something I hadn’t even considered putting on a list before (“be interviewed as a podcast guest”). I love podcasts! I only started listening to them a few years ago, when I was training for my first JFK 50-miler, and needed to entertain myself while running for multiple hours. 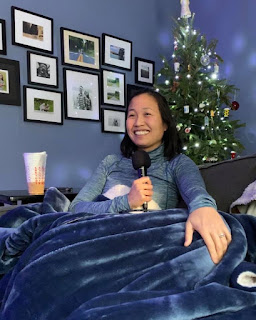 Podcasts weren’t really a big thing when I was racing professionally 10+ years ago, so I’m super tickled that people still want to hear about my start in triathlon (which was officially 20 years ago in June of 2000!) and subsequent pro career. The first interview happened on New Year’s Day this year, but only went live a couple weeks ago. My friends Kathy and Rob just started their own podcast in conjunction with their passion project, WeRunWithYou.

If you haven’t heard it yet, I’m episode #3 and you can find it here: WeRunWithYou podcasts. 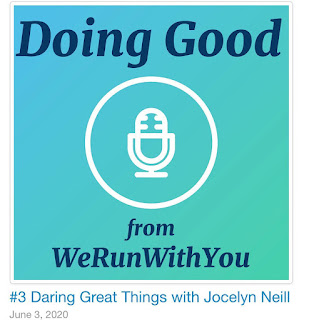 I waited a day to listen, because I think I sound funny (but don’t we all think we sound funny?) but once I got over that, I enjoyed reminiscing along with the recorded version of myself. I cringed a little when we brought up the Swine Flu of 2009 and had a small laugh about it (total facepalm!), but who could’ve predicted COVID-19?! I touched on what it was like racing as an Asian-American pro triathlete. It meant so much to me to be able to represent on the starting line and I had the most supportive fans. This is something that I’m very passionate about and one of the main reasons I have returned to racing (at a much smaller capacity), and will continue to race in the future. Representation matters!

The other podcast should come out in a few weeks, and the two hosts described me as “one of the most prolific triathlon bloggers in the late aughts and early 2010’s”, which gave me a big nudge to update THIS blog. ;)

So if you haven’t already heard from my social media announcement 3 weeks ago, #19 on the list was “NEW SECRET PROJECT” which is....growing a human! 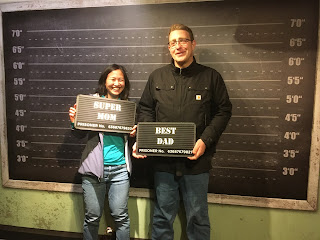 Yup, we are having a little baby girl who is due in early December! What this really means is that #19 on the list takes priority over all other items on the list. Best and most legit excuse ever for blowing off the list, am I right?!

We’ve definitely been supporting a small local business at least once a week (#1). #2: donating blood, apparently is not allowed when you’re pregnant. D’oh! Note: I actually started compiling this list before I realized I was pregnant (though we’d been actively trying), and left it on there even though I published this list a week after we got our first positive home pregnancy test. Also, I told Kevin on April Fool’s Day, because I am so HILARIOUS!


Numbers 5 through 7 are all related to working out. But baby girl’s got a mind of her own, so most of my first trimester I just listened to my body. I worked out when I felt good, and slept more when I didn’t feel so good. Also #7 “figure out best use of the ‘smart’ trainer”—yup, don’t use it at all! ✅ 😂

I am at 16.5 weeks now and feeling much better, but I definitely got sick of riding in the living room early on in the pandemic. The tri bike has been temporarily retired, and I’m now exclusively on the road bike. Once my belly gets TOO big, I guess it’s back on the trainer! I already have to pee all the time, so close proximity to a toilet is never a bad thing when pregnant.

That’s all for now. I can make a whole post about #12, films and books by Asian-American creators, which I had intended to do last month for Asian Pacific American Heritage Month in May. But you know. #19 not-so-secret project had other plans for me. 🤷🏻‍♀️
Posted by Jocelyn Wong Neill at 9:11 PM