Let's be real here.
The "Two Things for 2017" were really about 1) getting ready for JFK 50 again, and 2) making our house a home. We'll talk about Thing #1 for now. Also, this was originally titled "mid-year check-in" but August 9th is obviously past the middle of the year!

I ended up being overly specific (trying to put the S in SMART goals), and at the last minute (pretty much while I was writing that last blog post) changed Thing #1 to a goal of running 2,500 miles in the year, figuring I would be forced to boost my training miles and have many amazing ultra races, culminating in an awesome JFK 50. My original Thing #1 was actually to make JFK 50 my focus race for the year, but apparently I was too scared of putting all the proverbial eggs into the JFK 50 basket!

This mileage goal backfired, as I should know by now that in my post-professional days, I have trouble focusing on just one athletic discipline year-round. I thought I could train and race for ultras from January to November (HAHAHA!) but realized in the first 3 months of 2017 that I'm better off doing different things throughout the year. 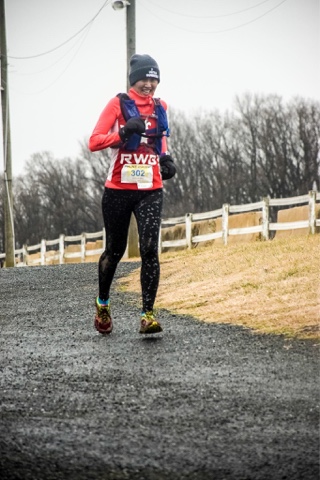 I had a miserable time at the PHUNT 50k in January (despite finishing as 2nd OA female; I'm only smiling at the finish because I was DONE!) and pulled out halfway through the HAT 50k in March from a nagging Achilles injury (sustained from the usual winter inconsistencies and stupidity--going from zero training to 50k races). 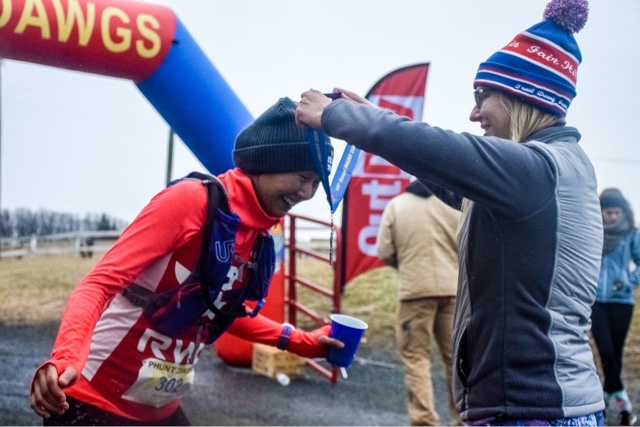 I took care of the Achilles in time to declare myself a "10-mile specialist!" and had a fun time at my first Broad Street 10-miler. 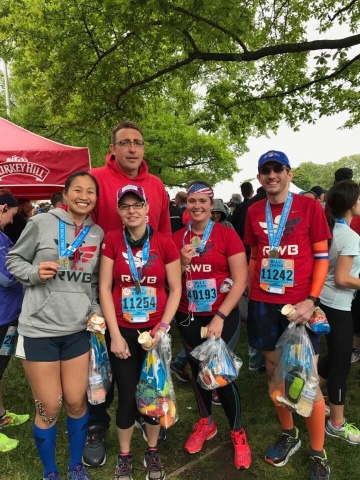 I even plotted doing a 10-mile or 15k race once a month...til I got distracted again. 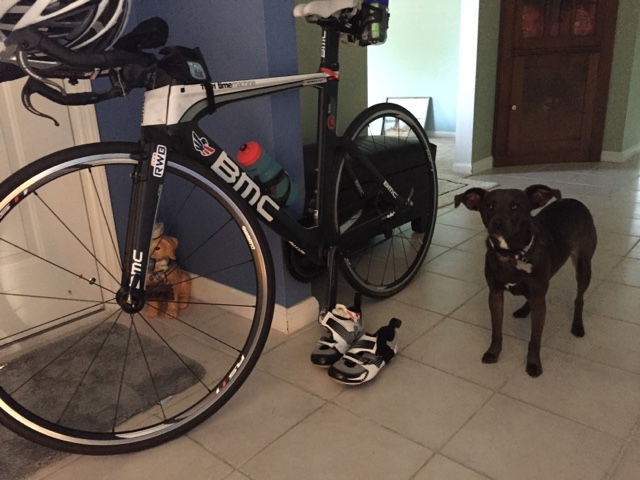 Yep, I got back into some sprint triathlon training in order to get ready to coach my 3rd year of Team RWB's regional triathlon camp in June. Even though I swore I wouldn't do another triathlon again (HAHAHA!), even throwing away the UD Outdoor Pool application when it came in the mail in March, of course I got back into it. I ended up renewing the summer pool membership--the best part is that it is next door to the UDairy Creamery, the ice cream shop and on-campus farm where students raise the cows and make their own ice cream. 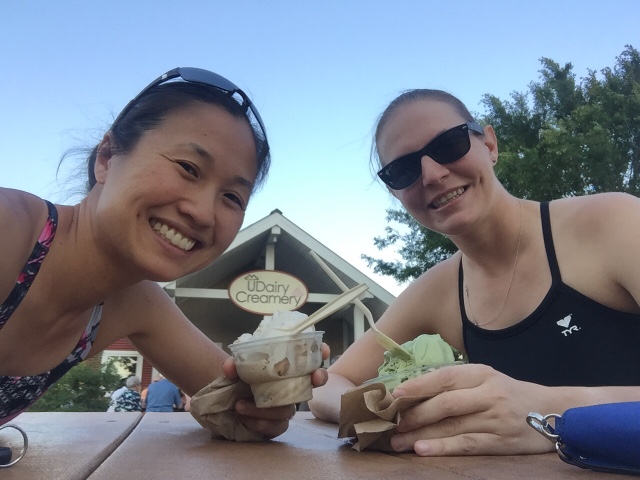 Training for sprint triathlons is awesome, because swimming for 15 to 20 minutes can be considered a whole workout and not just a warm-up! 😉 Followed by a post-swim ice cream, what could be better? 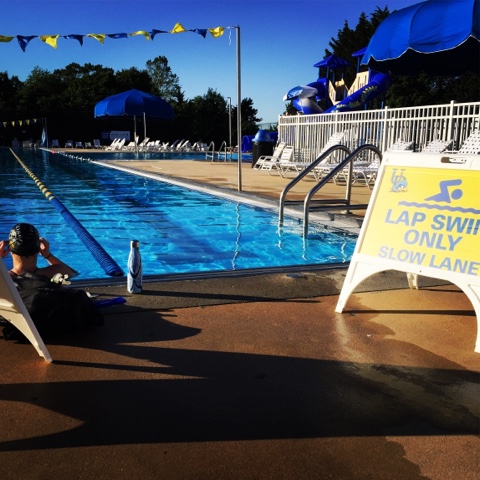 I souped up my TT bike, Marty McFly, with some slick new accessories and got all pumped up for RWB tri camp. This was the 3rd year of the camp, and the first time we successfully participated in a full-on triathlon on the last day of camp. The 1st year was more like a training weekend, and the 2nd year the swim was cancelled. This year we got to do the Robious Landing Triathlon, a local sprint triathlon, and there's something magnificent about getting a brand new tri newbie through their very first triathlon. 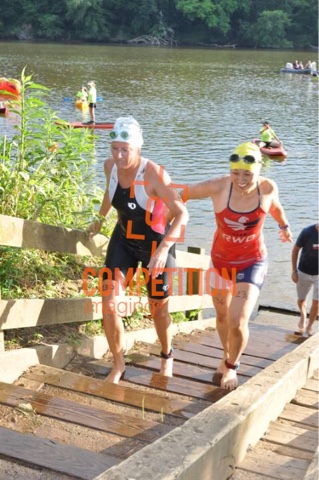 That first time crossing the finish line of something you weren't sure you could even do (or even just surviving the swim, because a lot of us did not grow up swimming!) ...now that's magical! 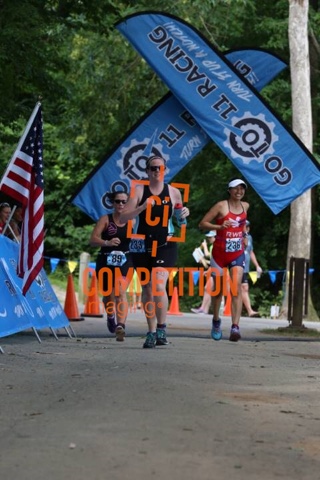 I was very proud of the husband for participating in tri camp and signing up for the tri. Kevin had a few mishaps that weekend, including a panic attack during the practice swim and then breaking his crank during the training ride (who does that?!)... but still decided to ruck the 5k of the triathlon. 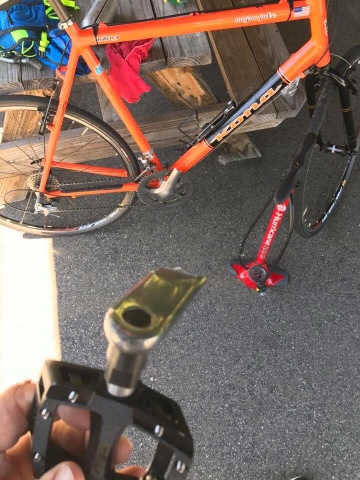 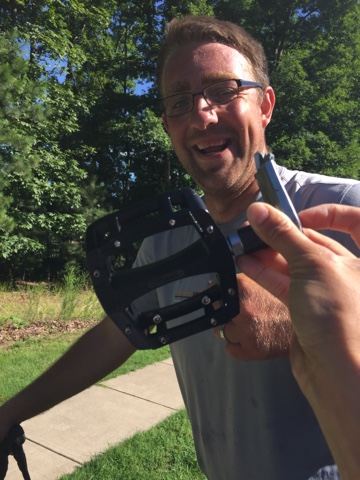 We are both signed up for the Dewey Beach sprint triathlon in September, which will be his first triathlon now. The best part is that it will be during our wedding anniversary month in the little beach town we got married in! 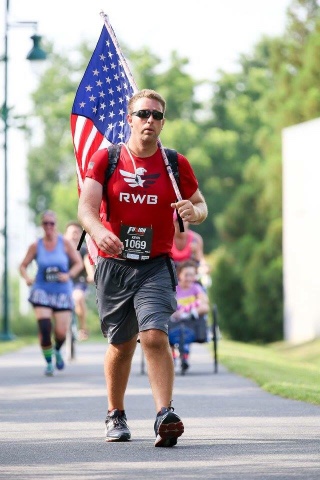 I also realized that doing the Robious Tri made it my 18th season of triathlon. WHAT?! I did my first one at age 18...which means I've been doing triathlons for half my life. Right? WHOA. So of course on the heels of tri camp euphoria, I wanted to sign up for ALL THE SPRINT TRIATHLONS! (Seriously, what is wrong with me?) I renewed my USA Triathlon membership and looked into doing a couple sprint tris a month in July, August, and September. Because the Wongstar doesn't do anything half-assed. 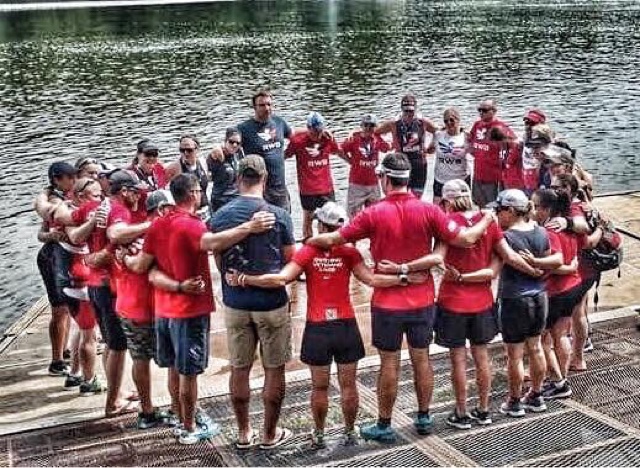 This brings us to the morning of July 3rd, last month. On the 6th anniversary of getting hit by a car during the bike segment of Ironman Korea  I got hit by a car during my morning bike ride. I was proceeding through a green light when an oncoming car turned left into me. 😡😖😫 First off, I am mostly okay. It could've been much worse. I was grateful the driver stopped. Her car insurance is paying for my weekly massages and chiropractic treatments. They are not, however, paying for Marty McFly's cracked frame or my smushed helmet. 😡 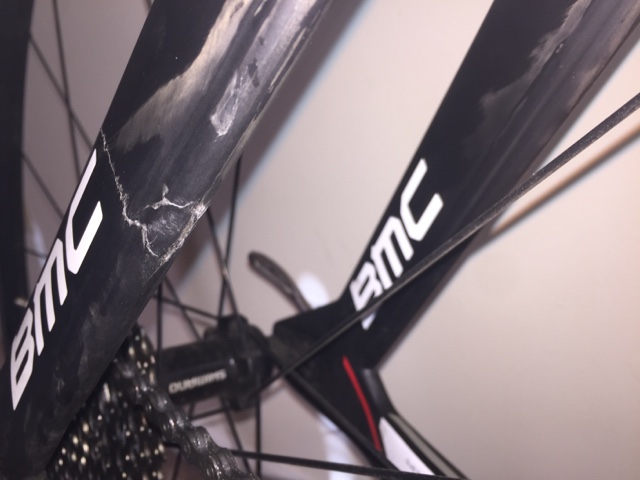 I'm taking time off from riding my bikes on the road (other than the very safe Bike & Brunch rides on the car-free Michael Castle Trail with our RWB friends) but still plan to do the Quantico sprint triathlon and Dewey Beach sprint triathlon, both which I already registered for. 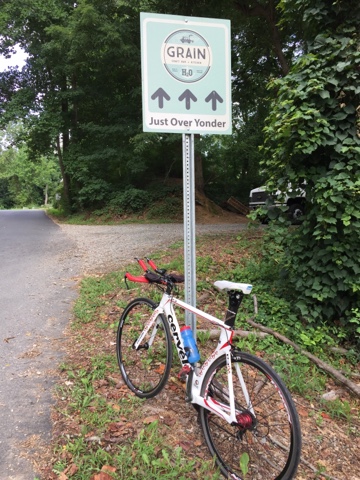 I do need to get back into the pool, which I'm told will be good for my neck (which is just a little stiff and sore a month later). I'm currently hitting the reset button, visiting family in California and on a rescue mission to take back my trusty Apple Green road bike from my teenage triathlon days. 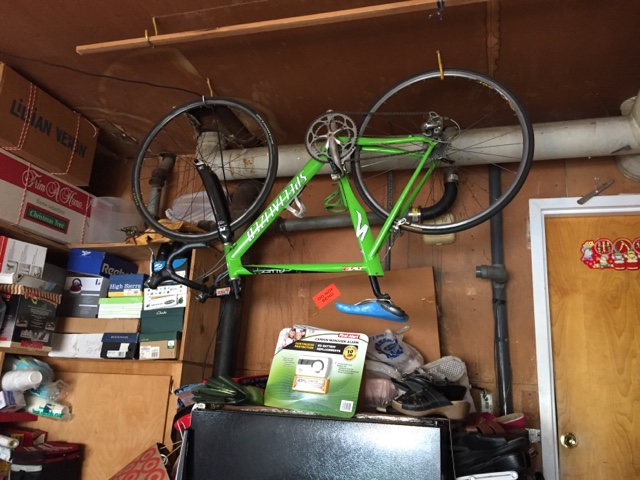 All this bringing me back full circle to JFK 50 training. Earlier in the year (after the 50k burnouts) I didn't even know if I wanted to do any more trail or ultra races. It seems I function best doing different activities throughout the year, because now I'm looking forward to hitting the trails again. I'm still waiting until the end of August to register (before the entry fee jumps up again), but am already assembling my support crew and putting together a training plan. 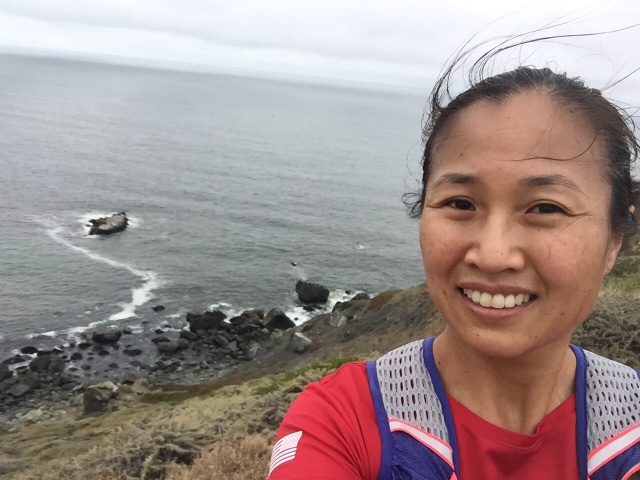 So this may be a blog revival, as I'd like to boost my training accountability. I hear that hiring a coach does great things for accountability, but I find that having a coach to answer to takes the fun out of things for me. I've got 15 weeks to go, so I'm hoping to post up some weekly recaps as I get myself into sub-8 fitness. Here we go again! 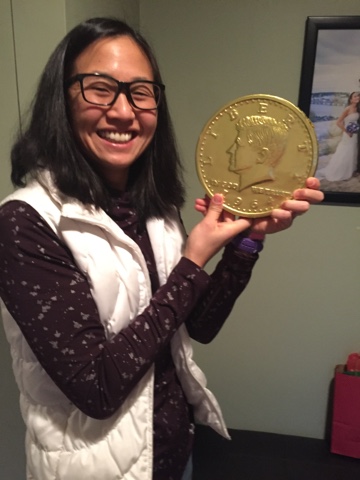