Apparently I was much more terrified about turning 35 than I admitted to myself. I didn't realize how big of a deal it was until my 35th birthday came and went, and I realized it was not that bad, I'm not that old, and to chill out already.

2016 was all right. I got really into Nicole Antoinette's podcast, Real Talk Radio (and even became a paying Patreon member, because I heart it that much!), and one of my favorite questions she always asks is "what are you totally obsessed with right now?" 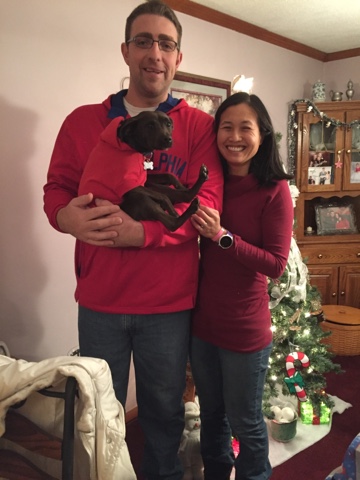 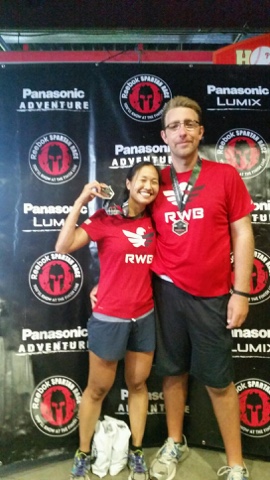 What I was NOT obsessed with:
We said good-bye to our old pal Guinness, my first dog, and hello to the new pup Aero, but also welcomed my first little niece into the world--the adorable Cara. 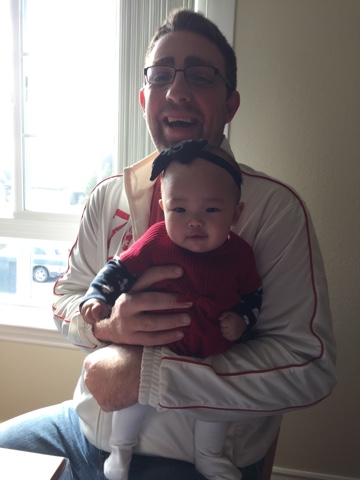 We spent a week in California over Christmas to visit my family, who are delightful as always, but after sharing a full-size bed with a 6'9" Kevin for almost a week, we were happy to return home to Delaware to ring in the new year. 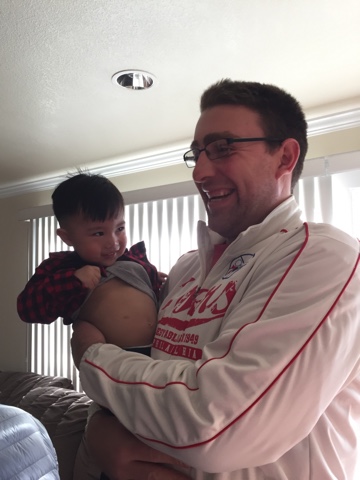 Well, being a superstitious Chinese person, 2017 is my year! Really! In 2 weeks, we begin the Year of the Rooster. My Chinese zodiac sign is a Rooster, and every 12 years your sign repeats. I've also taken the advice of another former teamTBB athlete, Marilyn Chychota (who coaches now and has many nuggets of wisdom in her Facebook posts): 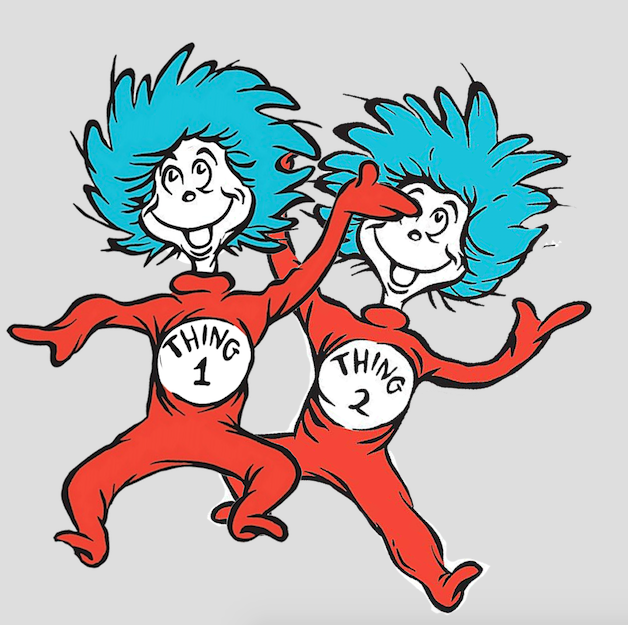 THING #1: RUN 2,500 MILES IN 2017.
Ok, admittedly I am already behind on this goal, but this was a very last minute change from originally wanting to put a single focus race as one of my two Things. I then realized, yet again, that my weakness the past 5+ years has been not training enough, or consistently. If I focus on training rather than the outcome of a single race, you know what? I'll probably kick butt at multiple races!

2016 was my first full year on Strava (link is to my year-end training video) and it appears that I ran 1,355 miles, not bad considering I slacked all winter and summer. I think I only trained for 10-12 weeks for the JFK 50 and averaged 30-40 miles per week. So lots of room to improve in training volume and race performance!

Maybe nearly doubling my mileage is too ambitious, but hey, GO BIG OR GO HOME!

THING #2: KONMARI THE 💩 OUT OF EVERYTHING!
Can you see the poop emoji? It's my first time trying to blog on an iPad so it should say "Konmari the [poop emoji] out of everything!"


I guess I am a little late to the game as it came out in 2014, but I finally discovered the book "The Life-Changing Magic of Tidying Up" by Marie Kondo, and I totally dig it. I've always been a pretty messy person (ask anyone who has ever lived or worked with me) and had resigned myself to thinking that's just how I am.

But not so, says the magical de-cluttering fairy nicknamed Konmari!
I actually spent a good chunk of our California holiday finally clearing out my childhood bedroom (I come from a line of people who don't like to throw anything away) and have been working on our place in Delaware as well as my office.

The gist of the book is that tidying up your living space translates into nice side effects that spill into the rest of your life. I am hoping for less stress, more peace & harmony, more productivity, and more of all the other magical stuff! 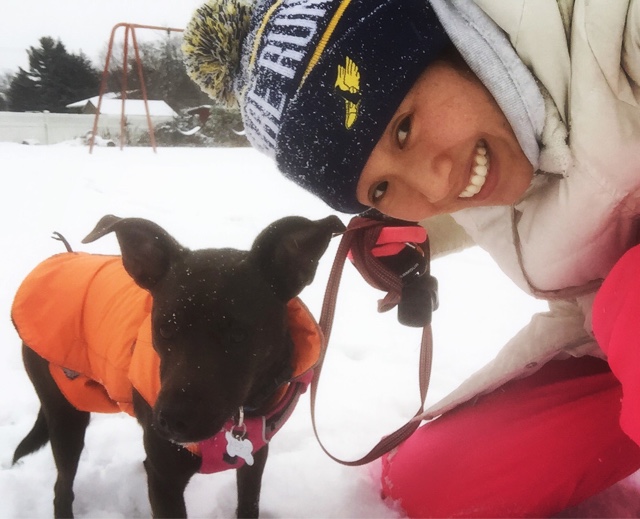 Here's to more training miles and less clutter in 2017!
Posted by Jocelyn Wong Neill at 10:20 PM