I am now 4 days post-op and feeling pretty good. When you are the mom of a toddler, the actual procedure can be described as “a refreshing nap”! During the prep, we got done and had about 20 minutes of waiting, so they asked “do you want us to dim the lights and lower your head back?” Yes, please! They then put me under general anesthesia for about 45 minutes (thank goodness it wasn’t a spinal block, as you may recall my trauma from the birth story) and when I woke up they gave me ginger ale and Cheez-its and I didn’t feel groggy at all. It really was like I had a nice refreshing nap!

Swelling and pain have been pretty minimal as I spent the first 48 hours icing, and hanging out in my Normatec boots, while debating if the discharge instructions meant I wasn’t allowed to shower for 2 days or if I could do it with waterproof bandages over my steri-strips (Kevin made me wait, and he was right…).

(Yes, I literally “Netflix and chilled” my knee).

And, my mini reviews! (The latter 2 actually came out on Netflix ON surgery day.) 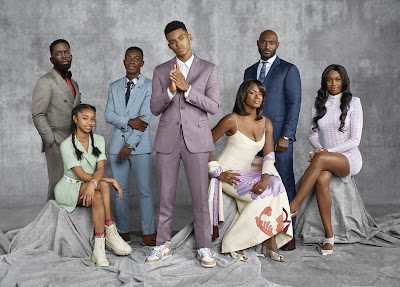 Bel Air: I started watching this months ago and you know, #MomLife, it takes a knee surgery for me to get to actually finish it. I grew up watching Fresh Prince in the 90’s so I was kind of excited that this is a more dramatic version (a la All American from the CW). Uncle Phil is skinny! Will and Carlton hate each other! Hillary is an influencer! Will actually got in a fight (in West Philadelphia near a playground where he spent most of his days) and his momma got scared, and sent him to live with his auntie and uncle in Bel Air! It was really good. Geoffrey the butler AKA “head of security” was my favorite. He was so savage! I really hope The Slap doesn’t affect them coming out with Season 2. 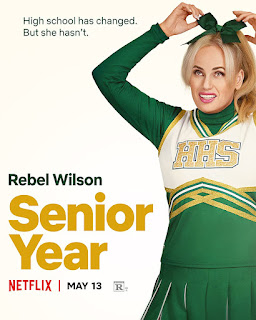 Senior Year: I was class of 1999 in high school and just turned 40, so this was super full of nostalgia as Rebel Wilson plays a class of 2002 senior who falls into a 20-year coma and wakes up as a 37-year-old. I definitely LOL’ed and loved the Britney Spears “Crazy” music video remake. Rebel looks somewhat unrecognizable from her Pitch Perfect “Fat Amy” days, as she dropped a ton of weight to get healthier, but at the same time, she has the very same mannerisms where you wonder if most of her roles are the same character. I still found her hilarious and enjoyed the heck out of the movie. 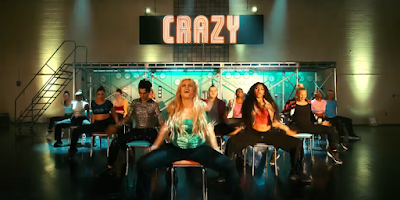 ALSO—you know it’s a movie because the football player boyfriend and rival cheerleader are both still hot 20 years later. That doesn’t happen in real life! Our high school football team got cut after my freshman year and the players all transferred to the other school across town. About 10 years after I graduated, I bumped into one of the formerly hot football players when he was working as a personal trainer at 24-Hour Fitness and I was in the thick of pro triathlon training. I remember him performing at the middle school talent show doing the shirtless Samoan fire stick twirling dance! Time was not his friend and he followed me out of the parking lot to give me his phone number. Bling Empire, season 2: OMG. Now, I don’t typically enjoy reality tv shows about rich people (like the Kardashians or Real Housewives), but you know, representation matters even in terrible trashy reality tv. So consider those 4 or so hours I wasted my contribution to AAPI month. My impressions—Kevin, stop trying to date your friends (it just makes everything awkward in their small friend circle). Kane, stop stirring up s***. He is the worst gossip and so obnoxious! I love that they showed Jaime’s super cringe date. And the Cherie and Jessey backstory that got dropped like a bomb pretty early on, DAMNNNNN, no wonder he didn’t want to get married in season 1. I was stunned they just POOF disappeared after episode 3. They could’ve had a chance to explain their side of the story, and I think that says everything. Overall, it is very hard to sympathize with super rich folks and their rich people problems.

Anyway, back to recovery. It wasn’t a meniscus repair, just the little fragments got “cleaned up”, so there are just 2 holes in my knee and I’ve been allowed to WBAT—weight bear as tolerated. No crutches needed. I abstained from walking the dog or getting in a car the first 2 days and on Monday took Aero out on a couple of walks. 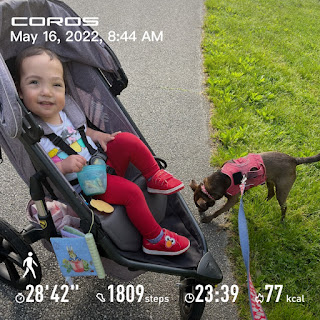 During my second walk, the orthopedic doc’s office called to check how I was doing, which was nice! I got cleared to do some light cycling on the trainer (“only to improve range of motion, NOT FOR CARDIO”), was told not to “OVERDO” the walking the dog, and any other restrictions? “NO RUNNING!” Okay, okay! I actually wonder if they flagged my chart, which does actually specify that I’m a retired pro triathlete, haha!

I alsod got my first PT evaluation Monday night from my neighbor. My range of motion is looking pretty good. She is not just a physical therapist, but also a personal trainer, marathoner, and running coach, and I’m hiring her to help guide me back to recovery safely. This whole thing has been a big wake-up call to stop training so haphazardly!

Posted by Jocelyn Wong Neill at 6:46 AM